The Mediocrity of the Filipino - An Anecdote by lordcloudx 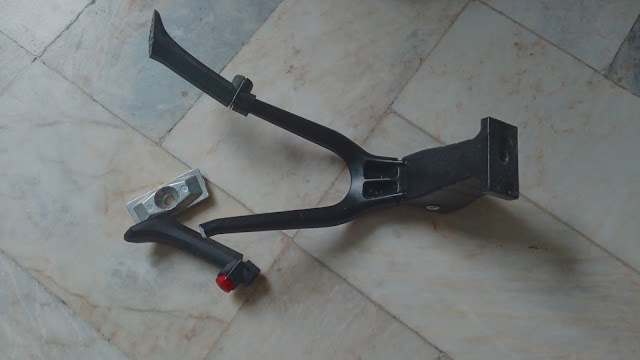 Why do we Filipinos often become the butt of the joke in many an online meme and why do we act like we're proud of it? It's like the modern iteration of the infamous "crab mentality."

We make fun of ourselves and make fun of other Filipinos and our own mediocrity becomes a self-fulfilling prophecy.

If we don't respect ourselves, then how can we expect the rest of the world to do so?

The next presidential elections won't resolve anything. Not if we don't change the way we think. In my honest opinion, we need to revamp our culture. Keep what works, discard what doesn't. Keep it simple like Bruce Lee's philosophy.

I believe that the best lessons in life are always drawn from personal experience and not from cold, unfeeling statistics. The experience is different at ground level -- no matter what mathematics might say from a statistical analyst's standpoint.

Here's an anecdote about the mediocrity of the Filipino mindset:

I had my bike serviced at a local repair shop. The service guy broke my brand-new dual kickstand by accident.

The owner kept quiet and didn't do anything about it. I was charged for the services and parts like it was business as usual -- for the owner, it was.

I am the customer, it should not have been my duty to do so, but I had to do it myself. I asked the owner of the shop to give me something to compensate for the damage and she agreed and asked me to choose anything. I chose some new handles. The guy who broke the kickstand said he'd buy them himself because the owner was going to take it out of his pay anyway. I refused.

Legally, I am entitled to be compensated since I am the customer and the damage was not due to my own negligence.

Legally, the owner has the right to make the deduction up to a certain extent since the damage was due to the employee's negligence.

These are crystal clear -- at least from a legal standpoint.

The problem is that with small businesses like these, the employees already receive such a paltry sum and rely only on tips for additional compensation that it would be morally unfair for me to stake my claim no matter what. Furthermore, I can afford to buy a new dual kickstand from Shopee/Lazada (since they are not available locally).

Still, it would have been more prudent of the owner of the establishment to absorb the losses herself and at least offer to compensate me in cash for the damages.

Unfortunately, this is how unprofessional these small businesses do things here in the Philippines in GENERAL. They merely go by established traditions which sometimes results in corrupt business practices.

On a bit of a tangent, this is why no new president or any other political leader is going to make any significant impact here UNLESS  that person is willing to make wide-sweeping reforms from the ground up in order to:

1. Educate business owners as well as employees on the proper and professional conduct of business as well as their corresponding rights and obligations

2. Aggressively crack down on corrupt and unprofessional business practices.

3. Initiate a widespread campaign to correct the culture of corruption and indolence that has become endemic to the Filipino people.

We have a chance. People ARE starting to understand that we don't live in a bubble anymore. We are citizens of the world and we need to act as such with dignity and self-respect.

Stop looking down on yourself and passive-aggressively thinking "Pilipino lang tayo" while maliciously attempting to one-up others.

Start doing things correctly. Respect the queue, respect social distancing, don't be maliciously rude and disrespectful to random strangers. Focus on improving yourself and your own situation and stop drawing comparisons with other people.

We're not mediocre Filipinos -- not if we don't choose to be.

Posted by lordcloudx at 1:11 AM