PSSST! STOP SCROLLING! I HAVE A QUESTION FOR YOU… 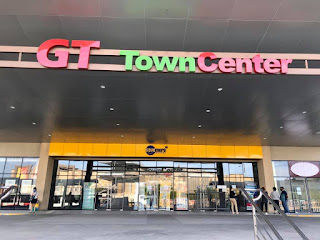 So while buying lunch at GT Town Center Mall this weekend, I happened to overhear an interesting conversation: one that presents a moral dilemma.

There was an old (senior citizen) man who sat down at one of the free tables at the food hall. He had a takeout package from Jollibee. As he proceeded to open the package to eat his lunch, one of the people manning a particular food stall there told him:

To which, the old man promptly answered:
“To, siling nila sa akon to puwede ka kaon diri sa food hall. Food hall ni indi bala?”
(Buddy,  they said I could eat at the food hall. This is the food hall, isn’t it?)

The employee replied:
“Sir, wala taka gina saway ah. Galing basi masaway ka sang security karon.”
(Sir, I’m not scolding you, but security might tell you off if they see you.)

The old man repeated with a more sarcastic and clearly agitated tone this time:
“Food hall na diri indi bala?”
(This is the food hall isn’t it?)

At this, the employee gave up and told him:
“Sige try lang sir. Basi indi ka man pagsawayon.”
(Go ahead and give it a try, sir. Maybe they won’t scold you after all.)

The conversation ends here. The old man got to eat his lunch and nothing really happened afterwards.

But… I think there are several moral dilemmas to be discussed here and for the record, I believe the employee handled the situation classily, with all things considered.

First of all, whoever told that old man that he could eat there was obviously in the wrong. If the establishment forbids it, then whoever gave the man this wrong piece of advice should be held accountable for misinforming him.

Secondly, I think that the old man himself was possibly frustrated at being misinformed but was taking it out on the wrong person. There was no need to get sarcastic (as I perceived him to be) to the point of arrogance. Secondly, if the establishment actually forbids it, then there’s really no reason to insist that he should eat there. This is especially true since the whole of Iloilo is still under strict Modified Enhanced Community Quarantine (MECQ)

Still, social justice pundits might say that we should give a little bit of leeway for understanding our senior citizens – fortunately, I don’t believe in social justice, especially the way it’s being shoved in our collective faces by the aggressive leftists brainwashed by cultist western social media woke propaganda.

If I were in that employee’s place, I’d simply call security upon that man and let things play out. He was given fair warning and still insisted on having his way after all

BUT… that’s my opinion. What do you think of the particular social dilemmas presented here? Comment and share your thoughts. No ad hominems, please.

Posted by lordcloudx at 6:45 AM