The Sir Jigger I Knew 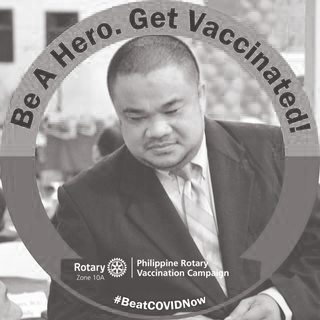 There is always much more to a person than “meets the eye” – and it’s not just because I grew up with Transformers. The fact of the matter is that no man would exemplify this phrase more than Mr. Jigger Latoza.

Although I was a member of the USA Publications Staff for a good 4 years in college, the truth is that I did not really feel the influence of the man known as Jigger Latoza or simply “Sir Jigger” during my tenure.

Perhaps it is because I was too early or a little bit too late, because I can honestly attest to the fact that Sir Jigger was a lot more active after my time in the USA Publications.

Nevertheless, while I never had the chance to familiarize myself with the man as one of the “pubpipol,” I was already well-acquainted with him well before I ever decided to apply for a place in the USA Pub.

This is because I knew Sir Jigger as a good friend of my mother’s. In fact, even as a child, I always saw him together with my mother along with Mr. Isidoro Cruz, or “Sir Sid.” They were my mother’s two slightly younger, male best friends or “barkada,” so to speak.

Sir Sid and Sir Jigger were like two sides of the same coin. Polar opposites at a glance, but actually a lot more similar perhaps than even they would care to admit – this is of course, from my own perspective.

I’d always known Sir Sid to be a very silent person, direct to the point, shy but also a very kind and gentle soul – but not without a sense of humor. One could fill an entire book based on Sir Sid’s witticisms alone. In contrast, Sir Jigger was more outgoing, bubbly, and an “everybody’s friend” type of guy with an eloquence and bravado that would probably make most introverts run away in fear… but beneath those jolly, seemingly carefree eyes – I couldn’t help but feel that there was a certain melancholy to them. The same kind of sadness that I’d come to know and expect in my mother’s eyes, in Sir Sid’s eyes and as I’d later learn, the same kind of sadness that perhaps exists in the eyes of all who had lived life long enough to experience the best and the worst that it had to offer.

Such is the pain of existence – such is being an adult.

I did not know any better.

On The Road To Success

There was a short time after this period when I wouldn’t hear from Sir Jigger for a while. This was about the time when he momentarily cut off ties with San Agustin. During this time, he and my mother would remain good friends when they met by chance from time to time (Iloilo is a small city after all) but Sir Jigger would focus a lot on more on academics as well as growing his own business going forward.

I would later come to learn that he had become a successful self-made businessman. I was already in college and part of the USA Pub when this happened. Perhaps this is why I’d hardly ever heard from him during my time – it may have been a time in his life when he was focused more on self-development.

Over time, the legends surrounding the man known as Sir Jigger would start to grow as well. I’d hear stories about how he was the perfect example of a “rags to riches” story and about the many philanthropic activities he was engaged in. A consistent element in all these stories would be his loyalty to the University of San Agustin. I don’t know when it happened exactly, but at some point, Sir Jigger had returned to the University, but this time with an administrative role.

In the years that followed, Sir Jigger would have a sort of on-off relationship with the University. Sometimes becoming an active member of the administration and at other times assisting as an independent third-party in its continued development. Without a doubt, he was always an influential figure as far as the University of San Agustin’s direction was concerned.

I’d also learn that his influence extended far beyond the University as he was also engaged in various projects all around Iloilo from information technology to business consultation. He was a man with a gift of gab who had talked his way to the top – and without pulling down any other people along the way. Correct me if I’m wrong, but I know of no person who ever truly hated the brilliant, jolly, well-spoken individual known to many as “Sir Jigs.” For some reason, this man had bulldozed his way to success by making friends and not enemies along the way.

The Man I Knew

Yet, in the midst of his multiple successes and breakthroughs as an individual, when I met him once again in my adult years, one thing had not changed. Yes, he was a bit bigger now – more successful and more confident than ever, perhaps a bit more weary with age, and with the melancholy of life having grown ever more prominent in his otherwise, bright, jolly eyes.

Yet, I knew that it was still him. Sir Jigger was still the same person that I’d known from my childhood years – a dear friend of my mother’s, a friend to just about everyone, and an almost standoffish, flamboyant orator with the swagger of a big businessman that belies a true heart of gold.

This was the man I knew.

Sir Jigger, may you rest in peace.

Posted by lordcloudx at 6:20 AM