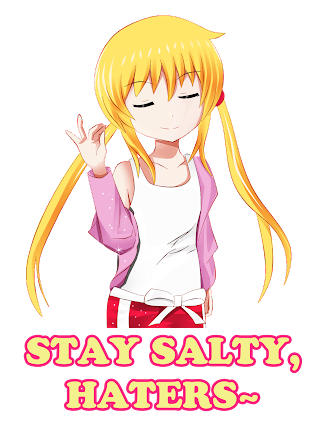 Disclaimer: This is a work of satire. If you feel offended by anything included in this piece, then you are most likely one of the people being satirized, or you need to look up the definition of the word “satire.” Please understand that if you are offended, then this is intentionally meant to hurt you. Imagine being you. Stay salty.

Greetings stranger! As you already know, the truth is always in your heart. Go with what you feel and you will never go wrong.

So stay a while and listen as I affirm to you what you already know to be true.

Always remember to BELIEVE ALL WOMEN, because a woman always tells the truth about being victimized – and it’s definitely not because they’re the weaker sex because WOMEN CAN DO ANYTHING THAT MEN CAN DO… only better.

So if a woman tells you that she has been raped, you should understand that this is always 100% true. This is because ALL MEN ARE TRASH and don’t you even think about attempting to refute this with the tired old phrase that NOT ALL MEN, because this is objectively wrong on so many levels because: HELLO? IT’S 2021 – or whatever year it is that you are currently reading this. That’s it. That’s the argument and it is absolutely irrefutable.

And please, never ever try to tell a woman about situational awareness and self-defense because this is so obviously and blatantly VICTIM-BLAMING and it doesn’t address the root of the problem that we should TEACH MEN NOT TO RAPE just as we should teach robbers not to rob and killers not to kill. The reality is that men do not understand that these things are wrong because as I’ve said before ALL MEN ARE TRASH and if you are a man and you are not, then you shouldn’t counter with NOT ALL MEN, because this is not about you, this is about the victimized women. This isn’t a false dichotomy. The simple truth is that If you are not the victim, then you have no right to enter the discussion in the first place, you MANSPLAINER, you!

Furthermore, remember to always be careful because WORDS ARE VIOLENCE. Even if you believe that you have a logical reason to disagree with people who require a laundry list of demands on how you should deal with their kind, you shouldn’t share such a disruptive opinion because you are simply oozing with WHITE PRIVILEGE – no matter what your ethnicity might be. So keep in mind that you should just blindly acquiesce to these laundry list of demands because this is how to BE KIND, because kindness can only be recognized as such when it conforms to the collective demands of the people on whom you choose to bestow said kindness.

WORDS ARE VIOLENCE and this is why people are ALWAYS responsible for what you feel and how YOU understand what they say. Anyone who hurts you with their words OWES YOU AN APOLOGY because again, YOU ARE SPECIAL!

Thus, BE KIND and always, always use GENDER-NEUTRAL terms because people who require the use of these terms are always obviously OPPRESSED, if not by deeds, then by words and even thoughts – because what you think about a person can cause you to have an internal prejudice that may cause you to utterly misgender this person, which is an unjustifiable HATE CRIME in a world where WORDS ARE VIOLENCE. Remember, the singular “they” has been in use since the 1700s – as modern self-proclaimed, self-appointed linguists will always vehemently insist. This is true even if the usage of singular “they” for an unknown individual was vastly different from the specific gender-neutral, known individual usage that it enjoys TOTHEY.

GENDER IS FLUID after all. From the moment you were born, it doesn’t matter what type of genitalia you were endowed with. These are merely aesthetic. You are who you are and your gender is something that you should only feel when you gain consciousness. YOU ARE SPECIAL and you can be anything that you want to be and no one in the world has the right to stop you – especially not your parents. You don’t owe them anything. After all, did they provide you with the quality of life that you deserve in this world? No? Then it’s their fault for not ABORTING you because that is what you would have preferred. You are always absolutely 100% justified in getting DEPRESSED no matter what your triggers might be. Did your favorite relative die? Be DEPRESSED. Did your pet die? Be DEPRESSED. Did you not get the latest iPhone long before your birthday? BE VERY DEPRESSED. Did an ant bite you? Be VERY DEPRESSED AND EXTREMELY TRAUMATIZED! No one has the right to invalidate what you feel because WHAT YOU FEEL IS ALWAYS REAL and no one, absolutely no one has the right to try to make you feel better about it. This is PATRONIZING because they ARE NOT YOU and therefore, not even several millennia of empirical knowledge can ever refute WHAT YOU FEEL because YOU ARE SPECIAL AND UNIQUE. You go and continue your self-loathing ways, with your roleplaying self-loathing friends, you!

Of course, every rule has an exception. If you were born as a trans, then you are definitely 100% a trans and the rest of the world is TRANSPHOBIC and out to get you every single time they disagree with anything you say.

After all, when bad things happen to you, it’s your parents’ fault for bringing you into this world where bad things can happen to you. ABORTION IS ALWAYS JUSTIFIED because ALL MEN ARE TRASH. When you allow the sperm of a man, who is always trash, to fertilize the egg of a woman, who is always correct, then you are not creating a life. What you are creating is a bundle of cells – a parasite living in the womb of an otherwise good woman – only good for aborting as a fetus and boast-posting on Instagram. Life does not begin until the being gains consciousness. This is why if you are asleep or in a coma, YOU ARE LIFELESS and anyone who is taking care of you has the right to rip you limb from limb and flush you down the toilet like the lifeless trash that you are – that is of course, unless you happen to open your eyes or otherwise demonstrate consciousness, then that’s murder.

Of course, as you already know, your whole quandary started when you were born and you didn’t win the BIRTH LOTTERY even though YOU ARE SPECIAL. You were traumatized at birth. Only a very small percentage of the population won the BIRTH LOTTERY and became BILLIONAIRES. Obviously, having won the BIRTH LOTTERY, these people are evil and deserve nothing but death for the very fact of their existence. This is because we, THE PROLETARIAT should UNIONIZE NOW and TAKE BACK THE MEANS OF PRODUCTION so that united, we can EAT THE RICH literally, including all their innards and right down to the bone. This is the one simple truth as prophesied by our great prophet, redeemer, savior and patron saint KARL MARX who perfectly predicted the world’s path from communes to late-stage capitalism to democratic socialism to the HOLY COMMUNISM in a process known as DIALECTICS as outlined in the sacred book called, THE COMMUNIST MANIFESTO – except for those times when he didn’t… but we don’t talk about that.

Just remember, comrade. It’s wrong to rape, kill, steal and generally commit crimes against others unless it’s against a billionaire because this makes you a good MARXIST and everything you do against a marked billionaire is always 100% justified simply by the fact of their birth. The rationale is that billionaires won the BIRTH LOTTERY and are therefore guilty of ACCUMULATION OF WEALTH from the moment of conception. The only real redemption for them is a violent, excruciating death at the hands of LABOR.  It’s totally NOT A CULT, by the way.

Finally, remember that your envy is always justified. This is what SOCIAL JUSTICE is all about. SOCIAL JUSTICE is 'neither communism, nor despotism, nor atomism, nor anarchy,' but the humanization of laws and the equalization of social and economic forces by the State so that those who have less in life may get revenge by ruining others’ lives.

Do you disagree in the face of all this overwhelmingly irrefutable logic? Then with all due respect, this is quite UNKIND of you – you HOMOPHOBIC, TRANSPHOBIC, BIGOTED, RACIST, WHITE SUPREMACIST, FASCIST, CAPITALIST PIG, you. I hope you get CANCELED.