Just Some New Art - You've Probably Seen These On Twitter 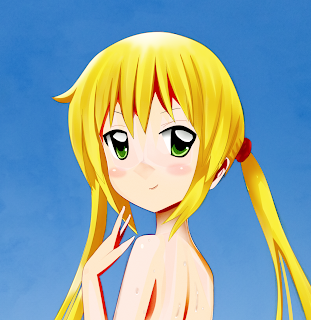 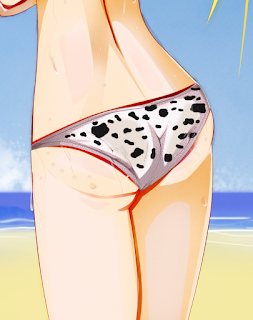 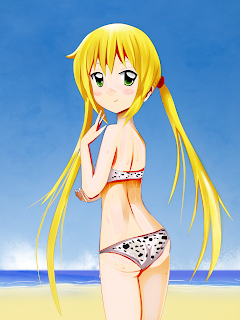 Home - A Short Story by lordcloudx

“The goal of togetherness is oneness.”

Alex woke up to his Mother’s voice repeating these words over and over again for a total of 10 times at exactly 6:00 AM every morning.

The very same words were also plastered in big bold letters at the dining hall just outside of his room. Over here, Alex ate two meals a day with six other children at 6:00 AM and then another meal in the afternoon at 3:00 PM. Some time ago, Alex distinctly remembered that they had at least three meals a day, but Mother changed the schedule recently since there was just not enough food for everyone to have three meals a day.

This meant that being used to three meals a day, Alex went to bed just a little bit hungrier than usual, but at the very least, everyone must have felt the same.

“At least we all go a little bit hungry, right Alex?” Mikaela, the girl who sat next to Alex at the dining hall asked.

“Yes…”  Alex answered with a hint of reluctance while pondering the question in his head.

“…There is a sense of security in knowing that everyone else is suffering the same way that you are.” Mikaela added.

Alex was a very solitary kid, but he liked Mikaela because unlike the other kids, she never asked too many questions. In fact, she was his only friend in the entire Home.

At the end of the meal, Mother clapped her hands together and when she was certain that she had everyone’s attention, she spoke:

“As you all know, Foundation Day is coming up this weekend.”

Using his fingers to count off, Alex realized that it was only 2 days away from Foundation Day. He was lost in his own thoughts as Mother continued her speech.

“Food is now scarce, so there will be no extra treats for everyone like the previous year. However, the Union will provide everyone with one bar of chocolate for every two individuals. You will be assigned a partner with whom you must share your chocolate bar equally with.  The same number of bars for all… and I’m afraid there will be no presents for everyone this year. The Union has decided that these presents promote inequality and we cannot have that, of course. Now I understand that this news is quite disheartening since it is our biggest and only celebration every year, but always remember…”

“The goal of togetherness is oneness,” the kids all shouted with a decidedly fake yet still somewhat jubilant cheer.

“That’s too bad, huh Alex? I was looking forward to Foundation Day.”

As for Alex, he had a mischievous grin on his face.

“After all, I’m not like these other kids.” – is what he thought to himself.

Alex was a very perceptive child. While he did not know much about the way the world works outside of his Home with Mother and the five other kids, what he did understand is that food and other resources such as sugary drinks, and even new clothing were now limited and that they would never have as much as they once had in the past.

However, even though supplies had been slowly dwindling over the last three years, they had always celebrated Foundation Day on the 3rd of December. Mother had told them that this was the day that the “Union” was formed. It was on this date over 108 years ago in 1918 when humanity chose to enter the age of equality – and it has never looked back ever since.

“Hey, Mikaela – if you can, sneak on over to my room when all the celebrations are over on Foundation Day. I have something nice for the two of us.”

“That sounds great, Alex. I’ll go and tell the other kids too.”

“No, no Mikaela. This surprise is only for the two of us. There’s not enough for everyone else.”

“Oh, but I thought we were all equal here, Alex. Why is it only for the two of us?”

“Because I prepared enough for just the two of us... just don’t tell anyone about it and come meet me in my room on Foundation Day, okay?”

“I understand Alex. You have a surprise that is only for the two of us and not for everyone else.  I shall meet you then.” Mikaela bowed with a smile.

Later that night, Alex carefully took out a wooden box that he had hidden on the underside of his bed. The box had been one of Mother’s Foundation Day gifts back when Alex was much younger. Back then, he thought that it was rather useless and that he would have preferred a new toy or a storybook. But this was before the time of scarcity.  Now, he found that he had the perfect use for it.

Opening the box, Alex admired the “treasures” that he and Mikaela would have all to themselves on Foundation Day: a few sachets of butter, some packets of maple syrup, four rolls of biscuit, two small bottles of strawberry jam, five chunks of smoked meat, and a few other odds and ends of food items that he had managed to pocket and sneak into his room during meal times - six months’ worth of smuggling over-all, and just about enough for two kids to have their own Foundation Day-worthy celebration on the 3rd of December.

“I bet Mikaela will be so happy.”

Suddenly, from out of nowhere, the door to Alex room was flung open and Mother stormed inside with a stern look on her face.

Yet, while having Mother enter his room so suddenly gave Alex quite a jolt, it was the smaller silhouette behind her that made his spine tingle with shocking realization.

“ALEX! Do you understand what it is you have done?” Asked Mother.

“Good. Then if you do, please take that box and accompany Mikaela and I to the fireplace.”

“But Mother, even if keeping all this food to myself is against the rules, shouldn’t we at least add them to our meals on Foundation Day? At the very least everyone would be a little bit happier.”

“Alex, there are six of you children in the house, but you clearly and deliberately stashed enough food for just two people. How do you propose we divide these items fairly in the spirit of equity as our founders have taught us?”

Alex could not answer.

“Good. Now come. Let us go to the fireplace.”

And so, Alex together with Mother and Mikaela made their way to the fireplace.

“Now, throw that box into the fire yourself so that you may understand the weight of your selfishness, Alex.”

Alex did as instructed and he watched in solemn silence as his treasure, six months worth of work, and his box, a unique gift from Mother that he would never have again – were slowly incinerated and turned into sweet smelling smoke.

“I did this for you…” Alex muttered underneath his breath.

He stared at Mikaela and she turned to meet his gaze. Alex searched her eyes for a hint of regret, a glimmer of hesitation, a sliver of remorse… but from his perspective, he saw none of these.

Mother clasped them both by the shoulder.

“The goal of togetherness is oneness.” Alex and Mikaela said in chorus.

The next morning, Mikaela came over early to Alex’s room. It was 5:40 AM, still quite some time before the 6:00 AM wake up call.

She knocked twice. Of course, there was no response. After all, he must have really hated her for what she had done. Indeed, Mikaela did feel sorry for her friend. After all, he had done everything for her – and this was also his sin. Mikaela could not understand why Alex forgot about something so simple. You don’t do something that would only benefit one person. The goal of togetherness is oneness. If you celebrate, you celebrate together with everyone else. If you suffer, then you suffer the same as everyone else as well. That is oneness.

Feeling pity for her friend, she had come over this morning to explain what happened to him. So that they might remain friends –surely, he would understand.

Mikaela opened the door to Alex room. It was dark at first, but gradually, her eyes adjusted to the small amount of light that filtered in through the doorway – and of course, there was Alex at the back of the room.

Posted by lordcloudx at 9:05 AM No comments: