That Time I Was Almost Suspended 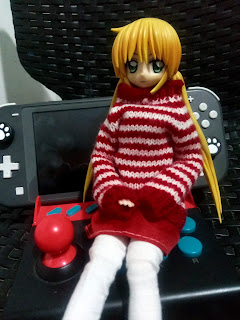 Perhaps this may seem unthinkable for the snowflake generation. THEY may view it as a product of more “primitive times.” After all, snowflakes have become so culturally dominant right now that they believe they can validate their glorified public-shaming lynch mobs by simply possessing the loudest and most annoying voices and drowning out all dissent – BUT, there was a time a little more than a decade ago when our culture was vastly different and primitive, misogynistic, unkind, practices and beliefs were just viewed as… well… normal. In some ways, I think the paradigm shift has been moving in the right direction – that is, until you realize how much society has devolved into progressive retardation and tyrannical kindness, but I digress.

My dissatisfaction with the current state of society aside, this is a story that takes place a little bit later in life compared to my previous adventures. It was about midway into the year 2000. The threat of the Y2K bug had been successfully thwarted but my family was facing a very different tragedy. My father had been diagnosed with leukemia just a few months ago and we were spending upwards of 100,000 to 500,000 PHP on a daily basis in medications.

Ultimately, my father passed away while gasping for breath in my arms on April 1, 2000. The cause of death was a complication that caused water to build up in his lungs. It wasn’t unexpected – on the other hand, It also wasn’t a peaceful death. Life rarely grants many people that privilege – no matter how they may try to glorify it after the fact.

In any case, I was a 4th year High School student at this point and even though I would have loved to wallow in despair and talk about my trauma endlessly while drowning in a sea of depression – it just wasn’t trendy enough at that time to ever cross my mind.

As I’ve always known, the world doesn’t stop for you just because you experienced a tragedy. Classes had to go on and so, after the funeral wake and everyone had said their goodbyes to my Papa (something that I rarely ever called him despite his insistence when he was still alive), I had to attend school again.

Truth be told, my time in High School was the least enjoyable period of my school life – which is why I rarely talk about these times. I had a circle of male classmates whom I considered to be my good friends – of course, I’m fairly certain the feeling wasn’t mutual. I was one of the boys, yes – but I was also the guy that gets laughed at or otherwise made fun of for no particular reason except for being socially awkward. See, while the other boys were busy trying to live their “part of growing up” culture and potentially “score” with a girl, my mind was on how much time I had to grind in chocobo races to get the Knights of The Round Materia in some not-so-obscure Playstation game. Sure, everyone liked video games and to be honest, most of my male classmates were better than me at the mainstream games of that time from Counter-Strike to Marvel vs Capcom. At some point, I was wondering if they just hung out with me because I was one of the few kids who actually had a Playstation at that time.

They’re not my friends anymore.

Like I’ve mentioned several times before in my previous stories – I was an “almost-rich kid” and so, I had access to a Pentium MMX 166 mhZ PC running on Windows 98 back when most people here were still using plain old DOS on their IBM systems. As such, I was considered at least one of the more tech-savvy kids in school – although I was nothing compared to the cool, quiet computer genius of the class. Everyone feared his moniker when playing CS in Internet Cafes in the Jaro and Central Iloilo areas – the one and only, Soulr34per, average kill to death ratio per one hour gaming session: 20:2  (actually, I’m not sure that’s how he’d spell it, but whatevs).

Anyway, I wasn’t the best, but I was definitely more adept at computers than average. This was also the time when the department of education had finally recognized the importance of computer literacy and thus, we had an entire High School course dedicated only to computers. In these classes, we were taught the history of computers, forced to rote memorize the layout of a typical computer keyboard, before we were taught how to use MS Office and eventually some basic turbo pascal programming. By the end of the course, we knew how to write exactly one computer program – a basic ATM machine… in hindsight, I guess it was something.

It was sometime after my father’s death. It was in one of these computer classes that I decided to prank the school computers a bit – just for fun. What you might call “trolling” before trolling was a thing. At first, I thought about making an auto executable batch file that would randomly delete some system files every reboot – but that felt a bit too anarchistic even by my standards.

Therefore, I went with something a little less harmful… I just placed a password in the windows screensaver of about five unmanned machines and called it a day. Some of my “friends” saw what I was doing and of course, they wanted in on the fun. I taught them how it’s done and by the time we were through, We must have locked at least 15 machines in screensaver mode.

Just in case this seems like an alien concept to you, back in the day, we had these things called screensavers because most monitors were CRT. They prevented the screen from burning by moving the pixels around and could be in any form from a simple text flying around in a black background or more complex like the Windows Maze that looked like somebody navigating through a third-person labyrinth.

So if you didn’t know the password, you couldn’t get back into your computer unless you do a manual/forced reboot. Pretty harmless, right?

Well… when our computer professors found out, they didn’t think so. They threw a little hissy fit and summoned all the suspects into the faculty room with the school principal present.

My friends were sooo brave at that time. I heard someone incessantly whining “indi to ako ya! Wala gid ko ya may inubra! Kamo da ya! (It wasn’t me! I didn’t do anything! It was you guys!) and a few others echoing similar sentiments.

I thought this was ridiculous – obviously, they were accomplices to this apparent GRAVE felony, but again… whatever.

So our computer professors explained to the other members of the faculty who were completely clueless about computers about how what we had done could permanently destroy all the computers we had tampered with and how there’s no recovery from this.

Seriously, my profs were a bunch of drama queens.

I promptly stepped up to challenge this assertion as well as admit my guilt. I told everyone that I was the mastermind behind the apparent act of vandalism, but most of all, that fixing it was as simple as pulling the plug on all the affected computers and removing the passwords – which my computer professors were of course well aware of, but they were snowflakes before the term had been invented so yeah.

So anyway, because the assertion of that one strange kid meant nothing compared to a team of respected computer teachers, the principal saw it fit to suspend me from school for a month. I simply shrugged and internally I was like “Well, k.”

They summoned my mother from the main university to inform her of my infraction and of the subsequent punishment for my GRAVE FELONY. Well, unfortunately for them, she wouldn’t have it.

When my mother arrived, I was still sitting in the principal’s office with the other suspects who were twiddling their thumbs and shaking in fear while still incessantly proclaiming their innocence. It was extremely amusing. Anyway, my mother asked the teachers plainly: Was my son’s offense so serious that it warrants suspension?

The computer professors asserted that it was. This is because files could be corrupted because of a bad reboot and this could DESTROY the entire system. Of course, I explained my side and said that no such thing will happen because windows has an automatic scandisk program that activates after a bad reboot that will automatically fix any file system errors and the most harm that could probably happen is that if there were any open, unsaved MS Word documents, they could be lost – but not exactly because MS Word has an autosave feature and even if it didn’t kick in, you could still find the latest cache by just searching your entire HDD for the last few files modified/created.

As you can imagine, my professor wasn’t very fond of such a smart-ass remark, but he couldn’t exactly express his disgust with much force with my mother around.

In the end, my mother and the principal arrived at a compromise and me and the boys were put on computer assistant duty for about a month. During this time, we were told to do odd jobs around the computer lab that mainly consisted of maintenance tasks such as running disk defragmenter. Naturally, they also made us remove all the passwords from the computers we tampered with. We got to know our professors a bit better during this time and dare I say, even formed what seemed like friendship?

In any case, we actually learned more about computers during this short period of time than we ever did during regular computer classes. We were pretty useful, actually. We kept watch of other students during computer lab time and were also tasked with assisting those who weren’t very computer literate. During idle times, we were allowed to play some of the basic games that came with windows like Space Cadet and Mineweeper… but I snuck in some floppy disks with a Zsnes emulator and Street Fighter anyway.

One of my professors also caught me red-handed on this one… so he asked me to copy the games to his PC as well after confirming that the disks were virus-free. These were good times.

In hindsight, I understand that what I did could definitely be construed as an act of vandalism. There’s a reason why tampering with school computers is considered such a serious offense nowadays – even morseo during those times when computers weren’t as affordable. I admit it. I was in the wrong – but do I feel guilty about what I had done? Do I have even a slight tinge of remorse for my actions? Uh… no, not really, but maybe that’s why my psychological profile brands me as a sociopath.

Works for me. Life goes on.

Posted by lordcloudx at 7:41 AM