Samantha and the Pieces of a Heart Chapter 5

Samantha now has 4 out of the 7 pieces of a heart. Of course, as we learned in the previous chapter, not everything is cleanly resolved and not everyone gets their happy ending.

In this chapter, Samantha meets a boy driven by hate and learns how some people become stronger in the face of adversity... and perhaps a little something about herself as well.

Prepare yourself, there is only chapter left before the finale. Watch out for it this weekend --  I might show both chapters at once since they connected to each other.
Posted by lordcloudx at 8:29 AM No comments:

Email ThisBlogThis!Share to TwitterShare to FacebookShare to Pinterest
Links to this post
Labels: EVN, Samantha and the Pieces of a Heart, visual novel

Samantha and the Pieces of a Heart Chapter 4

For the first time ever outside of Google Play, here is the 4th chapter of Samantha and the Pieces of a Heart.

In this pivotal 4th chapter, the formulaic approach is broken and you'll find out that Samantha can't really resolve everyone's problems with her charm and quick wits. After all, the world doesn't really work that way.

Watch out for the next chapter this weekend. We're getting closer to the 7th chapter finale!

Posted by lordcloudx at 8:54 AM No comments:

Email ThisBlogThis!Share to TwitterShare to FacebookShare to Pinterest
Links to this post
Labels: EVN, Samantha and the Pieces of a Heart, visual novel

Happy Hayanagi Day! Here's a quick illustration of Nagi for today. No blending used. Just some photoshop magic to make her blend in with the BG (done off-cam). 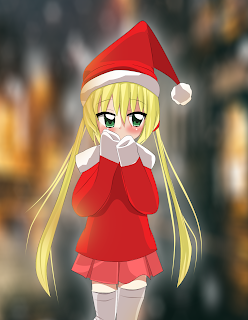 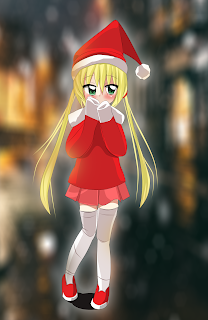 Posted by lordcloudx at 11:02 AM No comments:

Email ThisBlogThis!Share to TwitterShare to FacebookShare to Pinterest
Links to this post
Labels: fanart, Hayate no Gotoku!, Nagi Sanzen'in

Samantha and the Pieces of a Heart Chapter 3 VN Playthrough

In the third chapter of the adventures of the little girl without a heart, we tackle more serious personal issues...

Does Samantha's charm simply have the power to resolve even the most complex social conflicts with a few choice words? Perhaps, or perhaps you'd like to wait for the 4th chapter when the story will take a completely different turn.

Watch out for chapter 4 on December 24!

If you want to read the full story in text format for free: http://www.jaded-perspectives.com/2017/07/samantha-and-pieces-of-heart-chapter-3.html

To support the author on Google Play (Android):  https://play.google.com/store/apps/details?id=com.lordcloudx.sam&pcampaignid=MKT-Other-global-all-co-prtnr-py-PartBadge-Mar2515-1

Posted by lordcloudx at 9:50 AM No comments:

Email ThisBlogThis!Share to TwitterShare to FacebookShare to Pinterest
Links to this post
Labels: Samantha and the Pieces of a Heart, visual novel

Samantha and the Pieces of a Heart Read Through On Youtube

By the way, I've been uploading video chapters of Samantha and the Pieces of a Heart on Youtube. Now up to chapter 2.

Samantha and the Pieces of A Heart Chapter 1 - YouTube

Samantha and the Pieces of A Heart Chapter 2 - YouTube

This is a children's story meant to be read by children and adults alike. While the first three chapters may seem to follow a formulaic approach, not everything is as it seems. Please read and let me know your thoughts. Your heartfelt comments are really the writer's best reward.

I will be uploading a new episode every week.

Official homepage on this site: Jaded Perspectives: Samantha and the Pieces of a Heart: The Visual Novel -- Android Version (jaded-perspectives.com)

Posted by lordcloudx at 8:30 AM No comments:

Email ThisBlogThis!Share to TwitterShare to FacebookShare to Pinterest
Links to this post
Labels: Samantha and the Pieces of a Heart, visual novel

Yup, time for some meaningless fictional character birthday post again. I'll keep this short... or at least I promise not to ramble on too much.

Recently, me and good friend have been discussing (online) how I've (We've - plural) been infatuated with Gawr Gura from HololiveEn lately and yes, it's true. I'd now place Gura as my number three waifu just behind Miku.

Anyway, he said something along the lines of "just let it happen naturally" in the event that Gura eventually becomes my number one waifu.

Of course I'm like... hold up there a minute, pardner! (and yes, I imagine this line in Gura's voice.) See, it's kinda different. Nagi was, is and will always be a huge part of my life. It's blind dedication, it's self-delusion, but it's also something that makes me happy and that harms no one at all -- not even myself, as much as some might like to believe otherwise.

Also, yes -- I realize that in western cultures, what I'm saying here is quite "cringe," but then again, why would I care if some random strangers on the internet cringe at my confessions in my isolated little place on the internet?

You see, I don't believe in seasonal waifus and whether people validate/acknowledge it or not, I love mai waifus sincerely -- not just as a meme or some passing trend to be replaced again next season or when the next otaku fad arrives and I happen to latch on to it.

I understand why he said that I might eventually replace Nagi with Gura though. After all, there is a real person behind Gura and even though we all understand that vtubers in general are there for entertainment with the barrier of the cute anime girl avatar never to be breached, it's easy to fall for these personas because beneath the veil of online content creation, there's a real person there somewhere and the more you watch these vtubers' videos, the more your brain forms attachments to these people -- whether it's for the pseudo-3D character being portrayed or for the real human being portraying said character.

Long story short, a vtuber like Gura is more human and should be easier to get attached to than a totally fictional girl like Nagi -- who was even written by a man (Kenjirou Hata).

But well, to answer my friend in this blog post, that really doesn't matter to me. I love Nagi -- I know these feelings are true and they will remain true for the rest of my life. I don't feel "lonely" nor do I engage in self-deprecating talk even for jest like most people who self-identify as otaku do. I own up to these feelings for my fictional one true love and I accept them as a part of me -- no matter how long ago her story might have ended.

It's not a feeling that can be rationalized nor reduced into logic -- and that's fine. I'm simply affirming what I feel for my own personal satisfaction -- a concept that seems to be slowly becoming extinct. with the hive-mind mentality people have adopted so easily and unquestioningly nowadays.

Happy Birthday, Nagi. I love you and loving you makes me happy.

Here's some birthday art I made. Also including pics of my birthday present to Nagi doll. It's not much, but it's hard to buy stuff for her during this pandemic anyway. I did my besht! 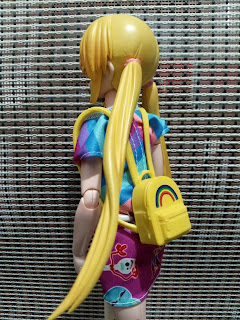 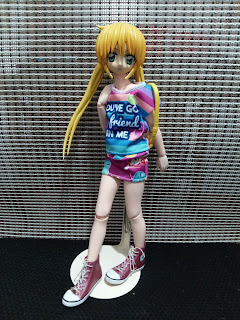 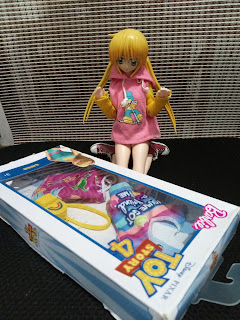 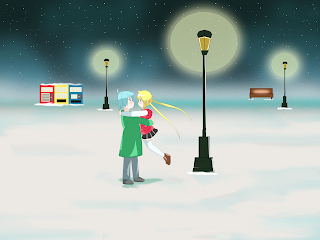 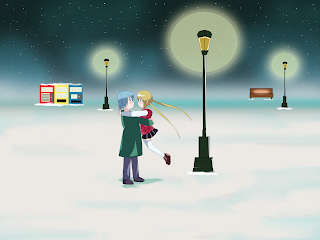 Posted by lordcloudx at 9:50 AM No comments: