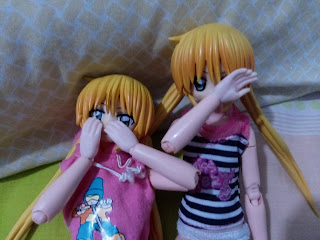 “Teach men not to rape,” is an extremely controversial issue right now. If you ask me, I’d say it’s a futile cause. You cannot teach a criminal not to be a criminal – and before you judge me for making this statement, I will tell you right now that I am speaking from personal experience.

Do not get me wrong however. I understand the good intent behind the statement. I get it. We should indoctrinate men early that rape culture is wrong – but, there is one glaring flaw that I find with this rhetoric.

A balance must be struck. It is not “victim blaming” to tell a woman to learn a little bit of situational awareness and self-defense. A person who wants to rob, kill, or otherwise harm you cannot be taught not to rob, kill, nor harm you because this person is a deviant who does not mentally function the same way as a regular individual. The criminal mind seeks self-gain at the expense of the victim and no amount of “teaching” is going to change this. The criminal knows it’s wrong to rape. The criminal will rape anyway.

So yes, “teach men not to rape” if you feel that it’s beneficial for all, but also be responsible for your own personal safety and “teach women or at least yourself how to avoid rape” as well. These two ARE NOT MUTUALLY EXCLUSIVE – if you can get that through your thick neo-liberal feminist indoctrinated skull. You know who you are. This is because:

SELF DEFENSE is not victim blaming.

SELF DEFENSE IS NOT VICTIM BLAMING.

It’s as basic as protecting your home and your family from criminals – there’s no VICTIM BLAMING involved here – as hard as you might find it to believe.

But I digress… first, let’s go back to an earlier time when I was a child back in the early 60s.

I was around 8 years old back then give or take. Social Media and other forms of entertainment and connectivity that we take for granted today hadn’t been invented yet. Still, growing up with 5 siblings, the household was anything but boring.

Also, I had very close relationships with my cousins. There was my cousin Messalina who was around my age. Nowadays the onion-skinned, hypersensitive, crybaby, eternally-depressed but always ready to launch a lynch mob against someone who disagrees snowflake generation might flag this as “child labor” but the both of us would help out with wrapping and packing home-made sausages made and sold by my mother called “Chorizos,” yes, it’s a Spanish word. My mother would pay Messalina with a few chorizos to take home – which was her favorite.

Sometimes we would also hang out at Messalina’s house. I’d usually come over when “Tia Pansay,” Messalina’s grandmother had finished making homemade rice crispers – these were my favorite. They were created by leaving leftover cooked rice grains to dry out in the sun for a few days, deep-frying and then sprinkling some sugar on top afterwards.

We also had a bit of a friendly rivalry going – but this was mostly because my parents and siblings would often tease me about not being as smart as Messalina. Don’t get me wrong, I had confidence in my intelligence but Messalina was a more complete package than me – she was smart in all subjects including math.

Sometimes, this would strain our relationship a bit and when she’d come over to our house I’d be all grumpy and snarky – which looked pretty funny since she was a whole head taller than me at that time and could easily just bonk me on the head if she wanted to. Still, we were friends most of the time.

Of course, my closest friend among my cousins was always Salbing. She was a year older than me but we were classmates in the same grade level. Even though she was older than me, I was the dominant one. She’d follow me around everywhere and we’d get into all kinds of mischief together. I’d often visit their family’s dry goods shop and help in selling dresses, shoes, shirts and other assorted goods for a small fee.

We stayed good friends even when we went to different schools during high school.

It was the summer of our second year in high school when disaster almost struck. Salbing’s two older siblings were on vacation in Iloilo – both were working and were going back to Manila. At that time, Salbing asked if I could come over to her house and stay with her overnight – to which my parents agreed. Of course, I was all for this idea because they had a huge house with several rooms and it’d be a great girl’s night out.

We spent the night playing Sungka and other party games and engaging in a little bit of “girl talk” about our crushes – I know, I know – oooh, the misogyny, the perpetuation of stereotypes. I’m sorry to tell you this but in the past, these stereotypes were real – much as you’d like to revise history to fit your modern, liberal views.

It was almost midnight when we decided it was time for bed. Salbing’s bed had a mattress and a mosquito net hung overhead and tucked into the sheets for maximum security against mosquitoes. We had already entered a deep slumber when sometime between 3-3:30 AM, I woke up to the sound of my cousin crying and mumbling.

At first, I thought she was talking to her mother Tiyay Dolores… but then she whispered in my ear quickly:

These words froze me in fear. There he was with one of Salbing’s pajamas wrapped around his head. The foul stench of alcohol assaulted my nose. I couldn’t recall his face exactly, but he was very tall, thin, with a dark complexion and large, beady eyes.

(Tiyoy *An honorific for an older person* take all you want but please don’t touch us.)

(Tiyoy, please don’t do anything to us.)

At this, he turned to us in a soft voice and we saw that he was brandishing a knife while overlooking our bed.

Then he instructed us to cover ourselves in our blankets but to let our lower legs dangle from the blanket. Salbing and I turned to each other and we had the same thought – he meant to rape us.

(Tiyoy, please don’t do me first.)

In hindsight, what we said at that time was a bit of a comedy of errors on our parts – and shows you just how incoherent a person’s thoughts can be in the face of imminent danger.

Upon hearing this, he ripped a large hole into the mosquito net… and start to unzip his pants. It was then that I made a timely decision.

I got up quickly from the bed and shouted at the top of my lungs.

As you might be aware of if you know me in real life, I have a very powerful voice and I bet at that time my voice reached several nearby houses.

This spooked the would-be rapist and he bolted out the window from the second floor of the house.

I was so hysterical during that time that I kept shouting and wouldn’t stop even after the danger was over… in total contrast to Salbing who was still shivering with fear.

It took Tay Jose shouting at me to shut up before I stopped.

In the end, the thief/would-be rapist was never caught and he managed to steal a few pieces of jewelry before he left.

From then on, we couldn’t sleep for a long time unless it was together with our parents. It took us several months or even years before we could sleep in our own beds alone. We slept in-between our parents all the time until we finally recovered from the mental trauma.

This experience made me more cautious about the perverted tendencies of men.

Now… let me tell you about the kind of “toxic rape culture” that we do have here. After that incident, Tay Jose would often tease me about having plump legs and being attractive for the would-be rapist. Also, rumors started circulating around the neighborhood that the criminal had succeeded in molesting us and feeling us up before he made his escape.

If you believe that this is toxic and should not be encouraged, then yes, I wholeheartedly agree with you… but if you believe that indoctrinating men out of this so-called rape culture gives you a free pass to take your own safety for granted and to teach others to take their own safety for granted, then I DESPISE YOU for the great disservice that you are doing for women.

I was almost a victim but I took my safety into my own hands – and this is why Salbing and I survived unscathed. You cannot control the criminal, but there are always things within your control that you can do for yourself.

Think, act, stay safe… and never allow yourself to be indoctrinated into the false sense of security that feminism and self-serving social justice attempts to lure you into.

YOU control your own destiny. Don’t blame the victim, but don’t allow yourself to BE the victim.

Posted by lordcloudx at 6:20 AM No comments: