Daddy Pilis – A Tale of Childhood Trauma, Oppression, and Optimism by Cynia Mirasol with assistance from lordcloudx 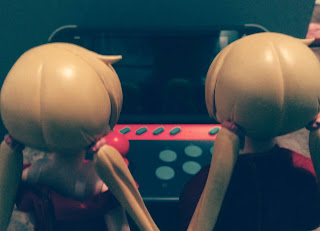 If there is one thing in this world that is infinitely clear to my siblings and I, it would be the fact that our father was definitely far from perfect. We called him “Hudas” (Judas) after the much-hated and in recent times, seemingly misunderstood biblical figure. In fact, one of my sisters put it quite bluntly that: “Kon I rating sa pinakamaayo nga mga tatay, last gid ni si Daddy ya.” (If we were to rate who the best fathers are, Daddy would come dead last.

Most of the time, our Daddy’s idea of parental care consisted of literally and begrudgingly throwing money at our mother and then scooting off somewhere else to find a drink or two – who am I kidding, he was an alcoholic who finished an entire case of beer in a single drinking session – and that’s when he doesn’t want to get drunk. Sometimes, I chuckle in hindsight thinking about the special snowflakes of today’s generation and imagining how they would (or wouldn’t) deal with this world of apparent “toxic masculinity.”

Also, to say that our Daddy was abusive would be putting it mildly. He was the type of father who would physically and verbally hurt us. Calling my three sisters and I whores (puta) waiting for someone to fornicate with them (in obscene Hiligaynon) whenever he was drunk was his normal routine, but sometimes this wasn’t enough and if anybody dared to challenge his authority, that person would be very swiftly met with a hard slap or even a punch to the face followed with a front kick to the gut. Naturally, as someone who always believes in having her say no matter what the consequences, I was a frequent recipient of these little “love taps” from our Daddy Pilis.

You might say, he was a firm believer in gender equality as he never discriminated between boys and girls in delivering swift and unrestrained corporal punishment. – I’m sure the increasingly progressive-minded youth of today would find him to be a quite an ideal role model worthy of emulation.

Of course, outside of his family life, Daddy was a man of many skills. For one, despite his small stature (about 5’3”) and very thin frame, he was very athletic and could do almost everything from riding a bike to swimming at the level of a certified lifeguard.

He was also an actual war hero, a veteran who fought in the rebel army;  the same rebel army responsible for keeping the Japanese Imperial Troops at bay and preventing them from occupying key engagement areas during World War II and buying enough time for the American troops to arrive and route the enemy.

Finally, as a government employee, he was considered the fastest typist in the city with nimble fingers that glide as fast over a mechanical typewriter almost as swiftly as his hands cut through the air to deliver a slap or a punch to his own offspring.

At this point, allow me to say that as “evil” or “beyond redemption” as you might think our father was. His decidedly “aristocratic” method of imposing parental discipline was actually quite common during my time. Unfortunately, we did not have the luxury to judge, begrudge, and condemn his actions while writing suicide notes and depression-posting on social media.

This brings me to the actual story that I wish to share with you all today. I was a born in 1955, but our story takes place a little bit less than a decade later at around 1964. I was about nine years old, born as the second youngest child to a family of six children, two boys and four girls, at least as far as the ones who survived are concerned. I had at least six other potential siblings who never made it past their first few days of infancy.

If Family Planning was actually trendy back in those days, our family would have been pretty average middle class considering that both my parents had decent jobs. Daddy was a government employee as I’ve already mentioned and Mama was a schoolteacher. Still, because the prevailing mentality back then was “your children are your treasures,” it was pretty customary to have a family at least as large as ours – no matter what your economic standing was.

We lived in a destitute household within a neighborhood of more affluent mansions called “ancestral homes” in Molo. The reason our house was located there is because my mother also moonlighted as a caretaker for the house of a “Caro” (a carriage that carries statues of saints for the annual Semana Santa parade held in Plazas all across the Philippines.) and it was convenient for her if our house was located there.

Still, despite what might seem like a heavily traumatic childhood filled with nothing but aches and pains, my siblings and I, together with my cousins who also lived in the area found all kinds of ways to amuse ourselves.

One of our favorite pastimes was to visit the  compartment in the Lazaro Family ancestral house of a pair of girls who were about the same age as my younger sister “Baby” and myself (8 and 9 respectively). Every afternoon, they’d be watching a TV show with their window open and my sister and I, together with a few other children from the neighborhood would climb and hang from the window’s metal grills so we could watch too… while this might have been annoying to the owners of the house, they seemed to mostly tolerate it – at least that’s what we thought.

It’s worth noting at this point that having a TV was considered to be a huge luxury back then – even if it was black and white. Hardly anyone had a color TV back then – and the affluent sisters didn’t have one either.

It happened one day at about 3 PM in the afternoon. Baby and I were hanging from the grills as usual together with my cousins Tinding, Messalina as well as a few other neighborhood kids. I can’t remember what show it was exactly, but I do remember that it was an English comedy show and it was so funny that we were hooting and howling in laughter even as we uncomfortably tried to maintain our grips on the metal grills. At some point the girls’ mother, the owner of this particular compartment of the Lazaro Ancestral House (Ancestral Houses were compartmentalized and usually housed multiple families) started warning us to keep quiet or else…

Well, you know how it goes, kids will be kids and we basically ignored her warnings. We’d run away when she was around and then climb back up again and start guffawing in laughter – even though she came back several times sternly telling us to stop being so loud.

Then it happened, suddenly, without warning, she came right up to the window with an urinola (urinal pot) and splashed the contents over all of us. In the next instant, we found ourselves totally drenched in what smelled like day old urine. We were gagging, retching and sobbing from the humiliation as we scattered about in all directions and promptly ran all the way home.

When we got home, Daddy greeted us with a skeptical: “Ano gina hibi nyo?” (What are you crying for)… and, even though we knew he’d never take our side, we told him the whole story.

After this, I’m not sure why he did it, but it was at this instance – for just this one particular miniscule, invisible dot in the history of spacetime, that Daddy, became an actual Dad for us; in his own unique way.

That night, he drank himself into a near-delirious state and then fearlessly marched on over to the Lazaro family’s ancestral house (the culprits who splashed urine on us) and hurled all kinds of expletives at them while challenging anyone from the household to come out and fight him. Most of all, what I remember most vividly is his declaration that “Indi ni mga kasilyas mga bata ko!” (My children are not toilets!)

Of course, no one from the Lazaro family ever took him up on his challenge.

Certainly, I realized even back then that Daddy was still a long way from truly redeeming himself with us as a father and I am unsure if he ever did redeem himself, but Baby and I simply took solace in the fact that he tried – he definitely tried. For once, during those brief periods of drunken lucidity, in our eyes, he was shining.

In hindsight, I realize that the trauma of our childhood has definitely left me and my surviving family members just a little bit broken –each of us nurturing these unhealing scars in our own ways as we fumbled our way into adulthood.

In the end, Daddy was definitely true to his nickname. Hudas ended his life as the same ornery soul we’d always known him to be – ever hateful and cursing his own condition to the very end. He was a man of many faults, but at the end of the day, he was always true to himself – even in the face of death, his indomitable will, his uncompromising attitude, his resilience, that is at least something that we will always fondly remember him by – and a trait that I will always proudly emulate.

Posted by lordcloudx at 7:06 AM