The Great Elections: A Middle Class Kid's Recollections From The Nineties 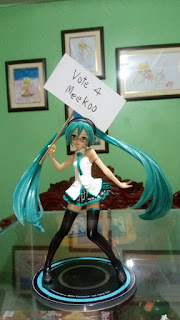 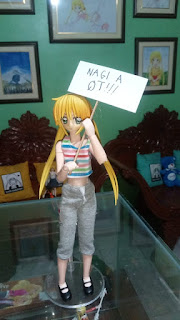 Life for a middle-class kid in the Philippines in the 90’s was really far detached from how things are today. It was a simpler time before the advent of the information superhighway, a term that’s actually become a bit dated by modern standards.

Back in 1995, “The Lion King,” which had been released in theaters a year before, was still the hottest topic among kids my age. That, along with Street Fighter II, which most of us only knew from looking at collectible cards with 2D chibi illustrations of the characters performing their special moves. Some lucky kids who grew up near the arcades actually got to experience the game first-hand, but I wasn’t among those.

To bring things into context, there were many things back in the mid-nineties that would probably make a modern 9-12 year-old kid nowadays roll their eyes and cringe. Sure, some things like bikes and roller-blades remain timeless, but there was such a huge lack of information that all we had to rely on when it came to our hobbies and interests were tidbits of info from old collectible cards and magazines, or second-hand information from other kids who owned these cards and magazines -- usually a year late.

Let’s take portable gaming for example. The must-own system at that time was of course, the legendary Gameboy. I knew at least 2 of my classmates from IAMS (Iloilo American Memorial School) who owned this system and were at least magnanimous enough to bring them to school and let just about everyone take a turn at them. A far second would be brick game systems – especially the ones that had multiple games from 20 in 1 to 48 in 1 (these games remain timeless today because of Tetris… really hard to go back to a single rotate button and no piece holding mechanics though). Brick game developers really knew how to push the hardware with all kinds of games from shooters to boxing and racing games. Lastly, there were the game systems that used static images to simulate movement such as Nintendo’s Game and Watch series and Tiger Electronic Handhelds based on licensed titles.

Also, you might be thinking, “what about TV?” Well, the majority of people had TV sets (not all of them colored) with all of 4 channels: GMA, ABS-CBN, RPN-8 and IBC-12. Fortunately, we had cable, which meant we had at least 10 channels (24, if your TV could handle it. If not, you had to program in which channels you wanted yourself). Furthermore, most of these cable channels were foreign language channels with no subtitles or filler channels such as Cable Star’s own two movie channels that they managed themselves (you sometimes saw them typing out the titles on-screen) and one all-day cartoon channel that showed just about everything from Joseph Lai produced super robot anime and DBZ OVAs to Heavy Metal (not for kids at all).

What we knew about foreign culture beyond our tiny bubbles of existence were from betamax tapes, comic books, and hearsay from other children who’d had the privilege to travel abroad on vacation.

With that said, the mid-nineties was the time of another memorable event in my life as a middle-class, almost rich kid. Every year, IAMS held the student council elections, which was a huge event with all the fanfare that you might expect from a national level election.

For us kids who weren’t participating in the elections, it meant that we wouldn’t have any classes all day to make way for the campaign concerts of each party (there were only two parties) and for the actual voting and counting of ballots that would happen thereafter.

This particular year, there were two heated rivals for the position of President, I’ll call them Jan and Edward – both Grade 6 students. In hindsight, I doubt anyone actually knew what the student council was actually good for, but that didn’t prevent us from being excited for the election campaigns. Jan’s party would have the stage during the morning, while Edward’s party would get their turn after lunch.

Each party would have a 2-hour long concert performing all kinds of songs and dances while handing out goodies for everyone. These weren’t just run-of-the-mill goodies too. They gave out high quality rulers (the ones with magnifying glasses built in), pencil cases, notebooks, glossy bookmarks with a “vote straight cheat sheet,” candies, and money, real money thrown to the crowd in five and ten peso denominations (five pesos was still in paper by the way).
I distinctly remember that Jan’s campaign was more focused on long speeches talking about platforms, plans, and other things that I’m sure nobody actually understood that well. After all, the internet wasn’t a thing yet and access to information was still a few years away. We really had no idea of how politics worked or that we were actually participating in some minor form of corruption just by accepting all these goodies.

Over-all, I thought that Edward’s campaign was cooler with all kinds of upbeat songs and he was a better dancer than Jan over-all. Of course, before voting, our teachers briefed us and told us to vote for the guy who seemed smarter because he would do more good. Needless to say that Jan’s party won by a landslide – we were quite impressionable that way. Let me tell you though, it’s not because we didn’t have independent thought back then, but it’s more because doubting a person in authority such as your teacher or someone older than you was considered very disrespectful. I’m pretty sure this concept seems so far-fetched nowadays, but this was really how it was in the 90’s. So if you ever see a 90’s movie and things feel really cheesy for you, just be aware that life really was a lot like that back then.

So that was that. At the end of the day, after the manual counting was done, Jan became president of the student council and everyone was happy. So what exactly did the Student Council do? Well, to be honest, to this day, I have no idea. Perhaps some of my classmates from my IAMS days could enlighten me?

Posted by lordcloudx at 6:04 AM