The Long Walk From Villa To San Agustin (Revisited)

Back in 2018, I tried walking from my house to San Agustin while taking a few pitstops along the way. It was quite an enlightening and mostly rewarding experience. 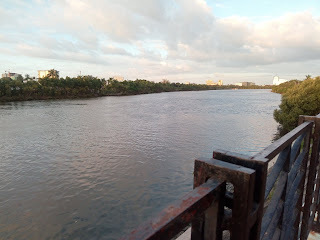 Now that our car has been under repair for almost three months, I had a reason to try this again and I actually thought it would be more pleasant this time around with the newly constructed Esplanades 3-4 that I could use to get to JD and straight to San Agustin without having to deal with the perils of the endlessly reckless and disrespectful drivers of Iloilo City... and boy was I wrong.

Therefore, I'm not going to talk about the walk in detail this time around. Instead, I'd like to use this opportunity to point out a very severe problem with Iloilo City -- specifically, the footwalks/sidewalks or lack thereof from Villa to Molo, Iloilo.

What I noticed was that somewhere where Villa transitions to Molo, there is a total lack of walking space for pedestrians along the sides of the road. Because of the constant road widening projects across the entire city, the roads have eaten up what miniscule sidewalks there were in the first place. 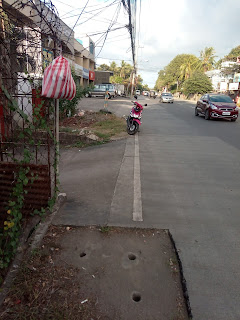 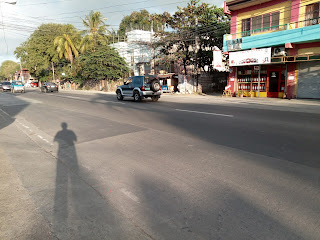 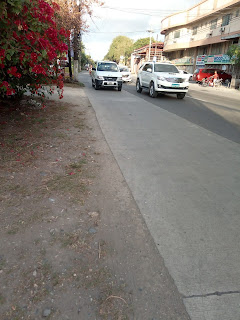 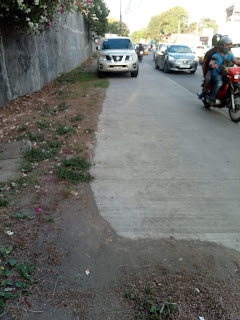 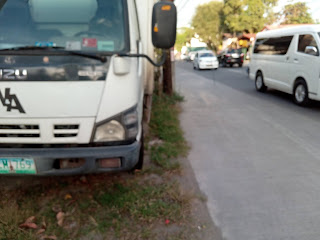 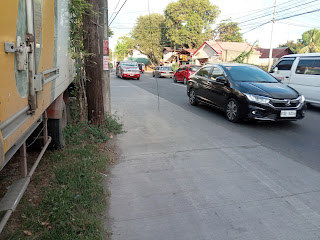 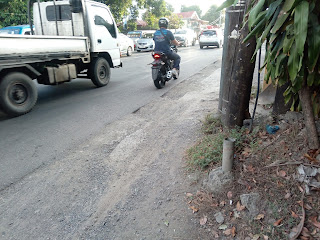 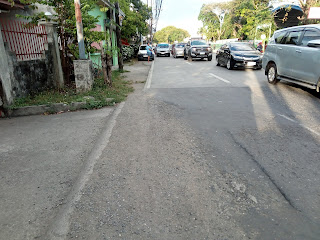 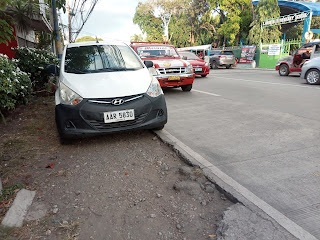 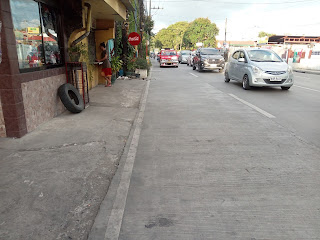 Furthermore, the tiny, one-foot sidewalks (in places where they do exist) also aren't even elevated off the road to separate the pedestrian from the highway. Most of the time, the sidewalk is just plain dirt -- and plagued by blatantly illegally parked vehicles, people who've turned these sidewalks into their personal gardens in front of their homes and cracks along the areas where a cemented, paved footwalk does exist.

If these pictures, don't convince you, then fear not -- I have a long video illustrating the problem.

It doesn't take an expert and it doesn't need any peer-reviewed research paper to show you that these sidewalks (or lack thereof) are simply not safe for people. Let's fix this, Iloilo. We can do so much better.

Posted by lordcloudx at 9:45 AM