Hayate Reflections: Reality As It Should Be


So in Hata’s new series, Tonikaku Kawaii, the first actual problem between Nasa and Tsukasa has finally been introduced in the form of a new girl and a misunderstanding between the two of them. As someone else has noted, it’s now beginning to look a lot more like Hayate.

Of course, unlike Hayate wherein the story is about a couple who overcome misunderstandings and get together in the end, Tonikaku Kawaii is a story about a couple who are together from the start and then undergo misunderstandings – but hey, don’t quote me on this. I’m just paraphrasing the author himself.
Anyway, I find it rather off-putting how modern anime and manga enthusiasts get triggered by the smallest inkling of a threat on their ship. It’s not even about expectations anymore. Modern fans have become so spoiled that they actually want to have an active part in the development of an ongoing story. Sure, this is fine if you’re playing an MMO, but if you’re just following an ongoing fiction story written by a homogenous author, then I really think that the author’s vision should take precedence and that no amount of fan pressure/bullying should change this vision.

A very recent example would be Darling in the Franxx. People following the series would know that Ichigo forces a kiss upon Hiro while also forcing him and Zero Two apart. In the context of the story, all of her actions – selfish as they may be, actually make sense. She’s always had her eyes on Hiro ever since they were younger and she sees Zero Two as not only a threat to her possible development of a relationship with Hiro, but as a manipulative  individual who is threatening Hiro’s life for her own selfish goals. It’s only natural that she would do what she did.

Yet, when fans saw this, the hatred for Ichigo erupted like crazy to the point that the producer of the anime even got death threats (according to some sources).  Furthermore, social media was suddenly infested with memes about #Bitchigo. Now, I’m not sure how serious some of these fans were, but death threats are definitely not funny in any way shape or form whatsoever. Personally, when I say I want to kill someone, I don’t talk figuratively, I mean it literally.

Well, I went off on a bit of a tangent this week, but I think this general perspective applies to the Hayate series as well. It was especially prevalent during Athena’s arc when the focus was on her and her relationship with Hayate. People were already predicting about how it would be an Athena end and how Nagi doesn’t have a chance being the one girl that Hayate has “NEVER SHOWN ANY ROMANTIC FEELINS FOR.”

People were completely willing to ignore the basic premise behind the ongoing story, which is the relationship between Hayate and Nagi – whatever people may perceive that to be. Platonic or whatever – the fact of the matter is that it is these two main characters who are at the center of everything that happens in the context of the story.

In fact, despite all the gag chapters, the focus on the two main characters never really shifted. It’s just that people were quickly fascinated by what all the new characters had to offer.

This is how stories have always worked since time immemorial – especially in the romance department. Rivals and third parties that threaten the main ship are necessary because they add spice to the story. Of course, as an avid anime fan, you should already know where these types of stories lead to. It’s not about “breaking the mold” or staying with the formula,” it’s just that good storytelling demands a logical plot structure. People tend to apply real world logic and real life experiences in a fictional world, but they fail to take into account the logic of telling a coherent story – which can sometimes betray their idea of a “realistic expectation.”

On a personal level, this is what fascinates me about anime and manga stories in general. It’s not because they tell reality as it is – but because they show us reality as it should be. They show us an idealized version of reality, because as we can perhaps all agree on, reality itself is not always so beautiful.

This has been Hayate reflections and this is lordcloudx. See you next week.

Fanart Corner
Well... I'm still not sure whether you guys want to see some of my more risque Nagi Sanzenin fanart. No nudity, but definitely a bit lewd... as far as the focus of the artwork is concerned. Anyway, here are some new ones for today. The digital one documents how my art has changed through the years. The manual art is rendered in Prismacolor Premier Colored Pencils. The black is actually hours upon hours of blocking out everything with a black colored pencil. No paint used. 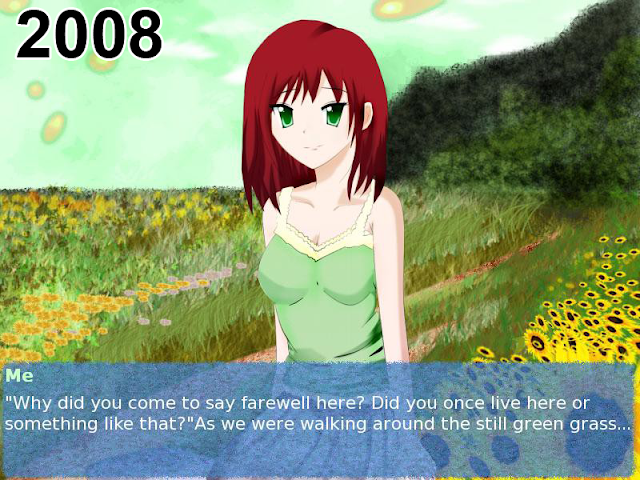 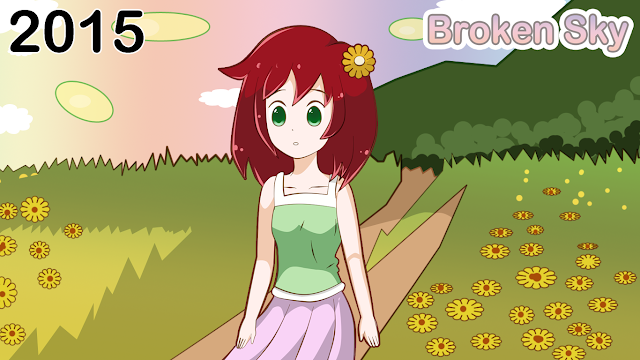 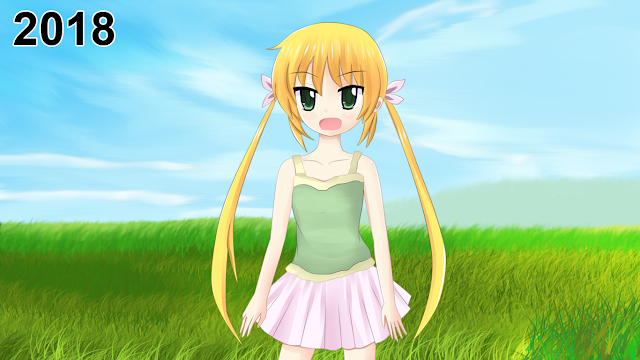 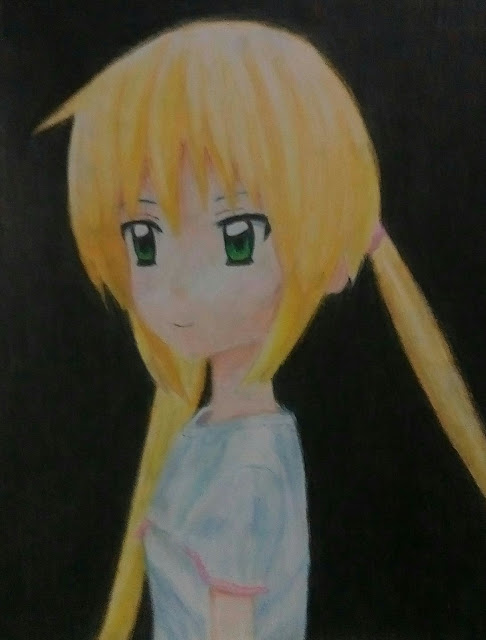 Posted by lordcloudx at 9:45 AM