Hayate Reflections: Lewdness... where do I draw the line?

Recently, I drew a rather lewd picture of Nagi and it's not the first time that I've done that, I've done it multiple times before. With that said, I was quite surprised when someone on twitter (who really liked Nagi and Hayate x Nagi) responded to drawing of Cat Nagi (Orca Toys white version) in a provocative position and said that Nagi is a character who should not be lewded. I was actually just really happy to find another person who appreciates Nagi's character  -- even though she did not appreciate my admittedly lewd artwork.

I've done quite a bit of those, actually. Like... a friend of mine on facebook found this one lewd as well. It's just Nagi in a sexy bikini though. 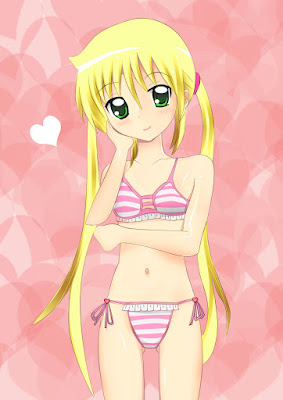 Personally, I can respect that viewpoint. Nagi is an amazing character -- actually, she is the best character ever for me. With that said, I really don't have a problem if people want to lewd her.

The reason for this is because no matter how many lewd pictures, fanfics or other material people make of her -- that stuff is non-canon just like my fanart. It probably is disrespectful to the author and to Nagi herself after a certain point, which is where I draw the line. (Even though I admit that I have drawn pics of her in private that have crossed my own moral boundaries.)

In any case, softcore ecchi is actually ok with me, but anything beyond that is off-limits. For example, full nudity and actually showing her private portions is not ok with me -- unless it was drawn by Hata. With that said, the reason that softcore, sexy pics of Nagi is fine with me is because Hata himself has drawn her multiple times that way. Here are a few. I personally love these: 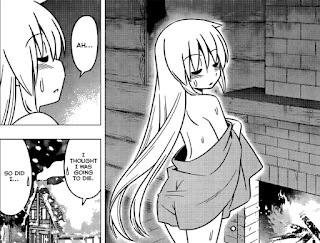 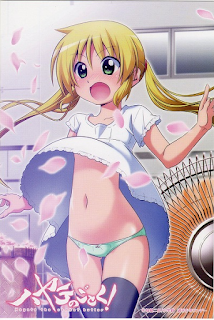 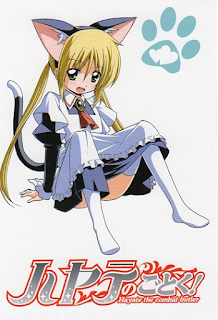 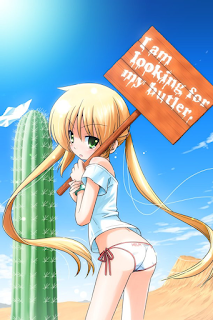 So as an artist, this is as far as I'm willing to cross the line as well as pics that aren't really lewd (not really showing anything substantial) but are just lewd by implication.

With that said, I do encourage you to draw lots of pics of Nagi with Hayate, lewd or whatever you want as long as you draw Nagi, I encourage it. Nagi's fanbase is super small, and most of those who do aren't even aware of the events of the manga that make her even more amazing -- but I do like it better if it's just cute, wholesome and captures Nagi's character, but whoever listens to me, anyway amirite? See you next week!

Ok, enough with the lewd stuff. How about something sweet and wholesome instead? This is based on the Mega Jumbo line of Hatsune Miku plushies. I have Santa Miku myself and I keep her in our car so I can huggles her whenever I'm out driving. I wish someone would make a real version of this Nagi plushie though... I'd take her everywhere with me -- and quite shamelessly too.