Fanart Corner:  First of all, Happy Birthday Nagi!  Nagi was born on December 3, 1991 based on the manga’s timeline, so she would be 25 years old in our time. I was working on this birthday art since last week. I had a more elaborate background planned, unfortunately, I came down with a cold and so it really drained all of my creative energies. In the end, I went for something simple but pretty. When in doubt, go for anime bubbles. 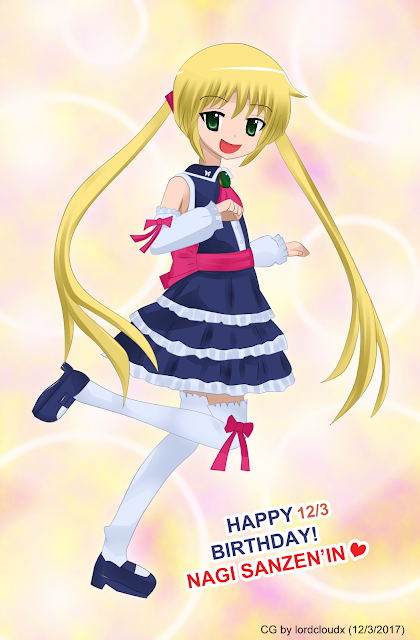 Out of all the clothes Nagi has worn (and she has worn a lot of them), I think this dress from her first meeting with Hayate is the most iconic. They met on a Christmas Eve while Hayate had just been sold off by his parents to the Yakuza while Nagi had just run away from a boring high society party. Two people from two completely different and equally spectacular backgrounds -- who would get together three years later as two ordinary people in love.

Hayate Reflections: Anyway, for this week’s Hayate reflection, let’s talk a bit about S1 of the anime. Specifically, this scene:

While watching it earlier this week, I couldn’t help but notice how similar it was to chapter 566 of the manga. It was almost like the manga was a more serious version of this particular scene.

We have Nagi in some kind of a trance in this episode, while in the manga, she is living in some kind of reality constructed by the Royal Power in order to fulfill her wish. In any case, the essence of it is that she’s running away from reality because she feels that Hayate does not value her.

Therefore, in the anime version, Hayate bakes her a cake and asks her to remember all the happy times they spent together. Nagi then takes a bite of the cake and is snapped out of her trance – which prompts Hayate to hug her from out of nowhere.

It’s a bit more dramatic in the manga but it’s basically the same thing. Hayate asks Nagi not to replace the days they actually spent together with an illusion, then with the help of a king’s jewel and a picture with a message that he got from Maria, he convinces Nagi to leave her illusionary world with him.

This makes me suspect that even though this part of S1 was non-canon, that Hata had a heavy hand in it. Which one you prefer is up to you. I’m just here to point out the similarities. I personally prefer the manga version btw. In fact, contrary to popular opinion, I thought the finale was quite well done apart from the loose ends that couldn’t be tied up. They weren’t deal-breakers for me as much as they may be to some of you.

Also, someone from another fandom posted something really brilliant via twitter. 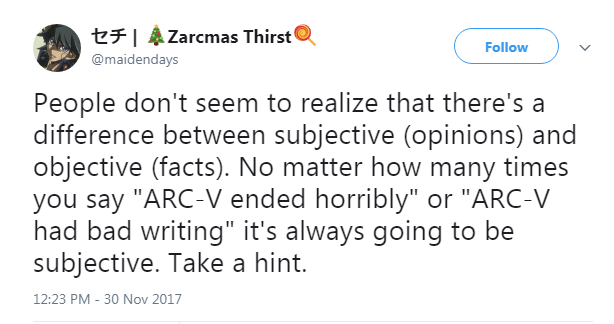 I think this applies to a lot of things – especially to the polarized opinions regarding the finale, so I shall paraphrase it as such:

People don't seem to realize that there's a difference between subjective (opinions) and objective (facts). No matter how many times you say "Hayate ended horribly" or "the finale had bad writing" it's always going to be subjective. Take a hint. 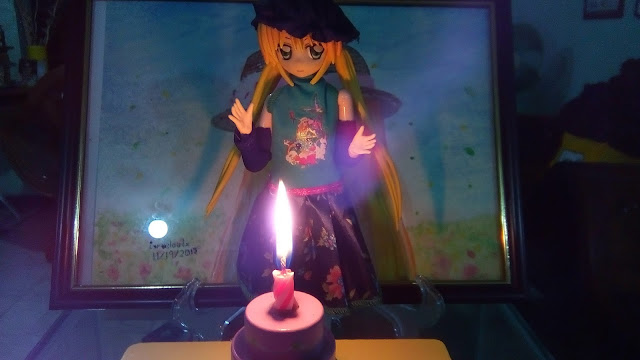 With that said, this concludes this week’s Hayate reflections. Once again, a happy birthday to the love of my life, Nagi Sanzen’in.  I wish you and Hayate happiness in the future that I can never be a part of.

See you guys next week for sure~!

Posted by lordcloudx at 8:26 AM