Hayate Reflections: The Creation Of Dilemmas In Hayate No Gotoku!

Ok, first some awesome news. The covers for Vol. 51 and 52 are out and they actually come together to form one complete picture. Also, I am quite ecstatic about the covers for obvious reasons. Here they are.

Now for the discussion of the week... we begin with a demonstration of how relatively simple it can be to create an artificial atmosphere of trust

By way of example, say I made a promise to post a pseudo-philosophical rambling and then subsequently posted a pseudo-philosophical rambling
therefore, I delivered upon that promise creating the illusion of trustworthiness
Now you might think that this is way too simple and that no person in his right mind would be fooled by it, but that is because you have already been preconditioned to prepare your psychological defenses for such an attack.

Now if you had not been warned beforehand of the promise and the subsequent fulfillment, the trick would have worked much better.

In the same vein, say you were trying to swat a fly and you took a giant swing at that fly that it disappeared from your sight a quick glance around and you discover that there is a dead body of a fly on the floor. Naturally, your mind would come to the obvious conclusion: that fly on the floor is the same fly that you just took a swipe at.

But does that mean that this is objective reality? You cannot be sure because the fly disappeared from your sight for a moment before you found that dead fly on the floor. It could be that there was always a dead fly on that floor that you just hadn't noticed until now while you completely missed your original target, but your mind has already been preconditioned with a bias towards that dead fly being the same fly that you just tried to swat
the human mind works in such simple ways no matter how complex our thought processes might have become

Awright~ now we come to the meat and potatoes of this subject matter: creating a dilemma.

Basically, a dilemma occurs when two relatively equally attractive choices are presented before the individual who has to make said choice. Now for example
if one were to ask whether I like Nagi or Miku more, I could just end all debate by unequivocally declaring that I like Nagi leagues more than Miku
but... where's the fun in that?

Let's say I deliberately wanted to create a dilemma while also imposing some degree of certainty on the final choice? So instead of replying directly to the question beforehand, I reply with an ambiguity. 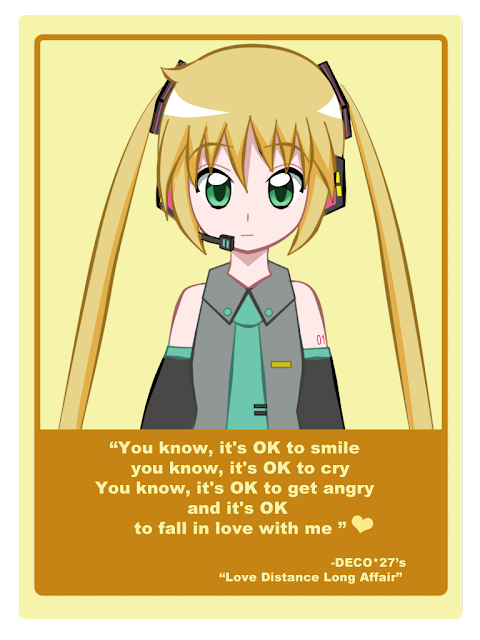 And then leave the conclusion to the observer. Now, the observer is presented with a dilemma: which is it, really?

Going by mere appearances, it would appear that Nagi is the obvious choice since the appearance of the character is leaning more towards Nagi
but is that really true?

Going by the tiny details included in the picture, there may actually be a strong argument in favor of Miku (again taking the fact that I just declared a few moments ago that it is definitely Nagi). For one, the song used in the text is a Miku song. The outfit worn by the character is a Miku song. But even more telling, the way the eyes are drawn look more like Miku's despite the fact that the colors are definitely leaning more towards Nagi.

Therefore, assuming the observer is not suffering from ADD, the answer to the original question is now even more ambiguous than when we first started. Which one the observer thinks I have chosen would depend on personal biases.

For example, there are equally strong but differing arguments in favor of Nagi -- ones which do not contradict anything said for Miku

therefore, taking the history and personal declarations of the creator of the picture and the originator of the dilemma out of the argument, no valid conclusion can be made.

Now the arguments for both sides do not contradict each other -- and this is important. Because if the arguments overlapped or contradicted each other, then it would not be a dilemma but rather, a paradox. The main difference being that there is a definite answer to the question of who I actually like better.

So what we have here is a situation wherein a dilemma gives birth to another set of dilemmas with the only definite conclusion hanging on "word of God."

And how does all this relate to Hayate no Gotoku!? -  You might very well ask at this point. To put it simply, "the ship wars."

While the question as to who won the ship wars (do stay salty, haters) has finally been put to rest, there is no doubt that had the results been different, there would have been plenty of equally compelling but differing reasons for any of the other girls to win. This is something that the ships who lost cannot seem to accept.

Nagi is a good choice for Hayate, but so would have been all the other girls. However, having lost the war, there can be no acceptance of Nagi's ship for the losers. At the end of the day, the human mind reverts to such a simple way of thinking no matter how complex our thought processes as adults might have become. "I lost therefore I'm bitter and I will hate the winner" This is the one true rationale behind every long tirade against Hayate x Nagi's ship. Certainly, you can dress it up and pretend that it's about Hata's bad writing or the "lack of development," or other similar assertions, but what it really boils down to is that "I lost therefore I'm angry." Thus, the mind desperately clings to every other valid excuse that it can find to justify this anger. It's simple compensation in the guise of an intellectual discourse


... and perhaps, I would not have been immune to this sort of behavior had things not gone my way. Again, the human mind works in simple ways after all. With that said, this ends this week's rather unique discussion (even if I do say so myself). See ya in a few days when I post pics of my White Cat Nagi from Orca Toys which just arrived a few days ago.

Fanart Corner: Here are a few pieces for you guys... also, I used paintschainer as a lazy way to complete that Hisui x Nagi pic from last week. 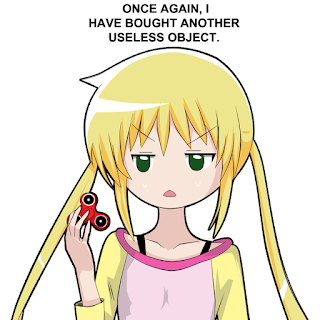 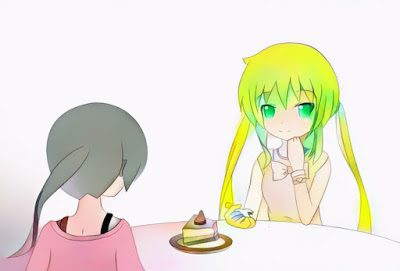 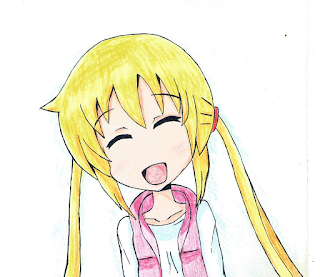 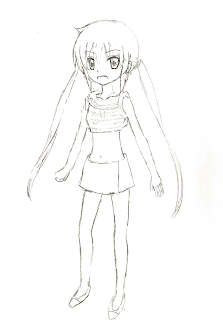 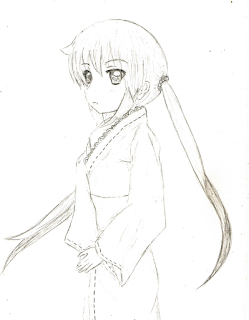 Posted by lordcloudx at 8:41 AM