So I guess I'll be calling these weekly blog posts "Hayate Reflections" from now on. The name sounds nice and also...

First off, you might be excited for the "Hayate Big Reflection" books to be included in the limited edition volumes of Hayate vol. 51 and 52 to be released on 6/17. I've already preordered mine... how about you? Go! Go! Go!

For more details (in English), you can visit Doughnut Gunso's Blog.

Perhaps unlike a lot of Hayate readers (as always, I hold the unpopular opinion), I never once thought that Hisui was really "evil" even though she was clearly introduced into the story as an antagonist.

She was first shown to us... or at least her back was shown to us back in chapter 433. I even made some fanart showing her with what I surmised would be her normal face and then her face if she had any resemblance to her sister, Jenny.

Anyway, it was made pretty clear that Hisui would be an antagonist and this was foreshadowed way back in 2013. When she was finally re-introduced to us as a real antagonist, Hata made sure to show how deadly she can be when she attempted to literally decapitate Mikado. It was very definite that she would have gone through with it had Hayate not blocked her slash. Even so, Hayate was shaking after blocking that strike showing us just how much martial prowess she possessed inside her little loli body.

Even so, I was never really convinced that she was going to be all THAT evil because of several reasons. Let's go over them:

From the start, I'd always believed that Hayate's parents would come back someday -- and they would do something very unforgivable. However, my theory was that despite all this, Hayate would learn forgiveness from Nagi and even if there would be no reconciliation between Hayate and his parents, there would be forgiveness and moving on from Hayate.

Obviously, this did not happen because Hayate' parents were the key to Nagi's explosion of negative emotions back in chapter 561. However, 561 did prover that Hayate's parents were a lot more evil than Hisui because of one key factor: TREACHERY.

Hayate's parents employed treachery at every angle -- which is what makes them such effective villains. They take what little trust that people give them and then betray this trust in a most spectacular manner. Hayate has experienced this several times off the top of my head:

Hisui has been portrayed as greedy, violent, cruel, selfish... but one thing that she has never been shown as is treacherous. Hisui has never actively betrayed anyone -- most especially not her childhood friends. The only time she ever raised her hand against one of them was in her battles with Isumi. In all her actions, she never actively tried to instill any deep emotional pain on her childhood friends and the people she works with.

This is clearly evident when Hisui shows off a kuudere streak when Nagi invites her for some cake in the penultimate chapter. (the subject of this week's image that I didn't get to finish.)

She Was Nagi's Role Model

Hey, you remember that scene when Hisui stood up for 5 year-old Nagi? While some people with western sensibilities would probably think that her actions were barbaric and a little bit "too much," I certainly did not. Maybe it's because I'm a violent person myself, but I was actually cheering her on the whole time when that happened.

Fortunately it seems that little Nagi (and Hata) shared my sentiments. He did not attempt to villify Hisui's actions in any way during this chapter as much as people want to make their own interpretations in the subject (that's dangerous. That leads to a lot of salt... :D). In fact, Nagi was not looking at Hisui as a villain but as someone she looked up to.

In a way, Hisui was the first to teach Nagi the value of being able to stand up for yourself. While this was probably a minor moment for many people, for me, this really entrenched my belief that Hisui would somehow be redeemed (as a character and not necessarily a 180 degree turn in personality) in the end.

Hisui was one of Nagi's first role models, and as a result, Nagi developed her shounen "never give up" attitude, her sometimes groundless confidence in the face of adversity. It is one of part of her multi-faceted character that I really love and can empathize with and it is, in my belief, thanks in part to Hisui.

Hey, I can't be wrong if even Hata agrees with me. But yeah, this is my last point, but I'm quite serious here. Hisui is a cutie despite also being a very menacing character at heart. Basically, my thought was that "she's too cute to be all that bad." The same logic (Hata logic, that is) applies to Yozora Housen and Kananiwa as well. While both were introduced to be pseudo villainous characters, neither of them turned out to be all that bad. In fact, Kananiwa was never actually a villain in the first place despite having some similarities to Dolly from Can't Take My Eyes Off You.

I've been drawing Nagi (and sometimes Hayate) a whole lot lately. I've got a few more works in progress works that I'll be showing you next week. Also feel free to comment and tell me what you want topics regarding Hayate you want me to talk about. As always, see you next week~ 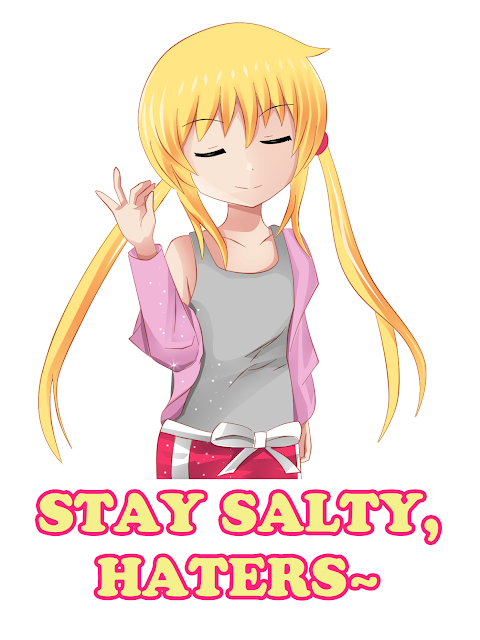 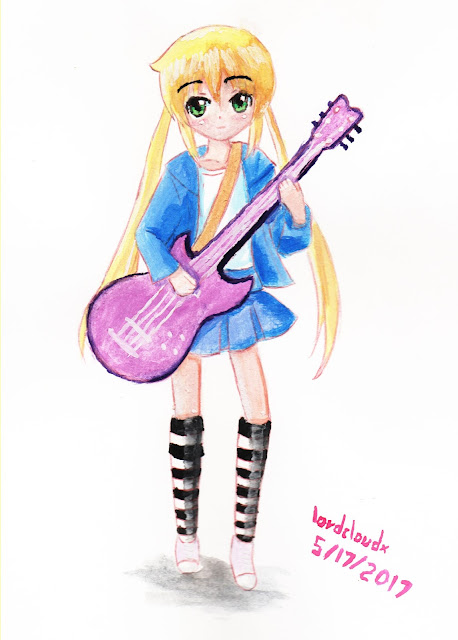 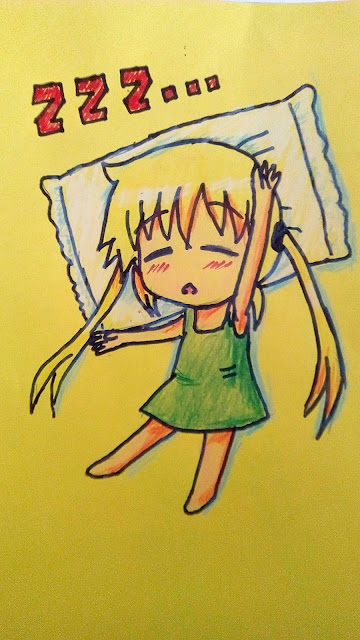 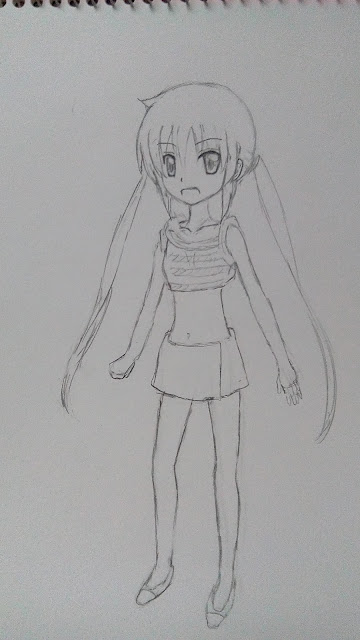 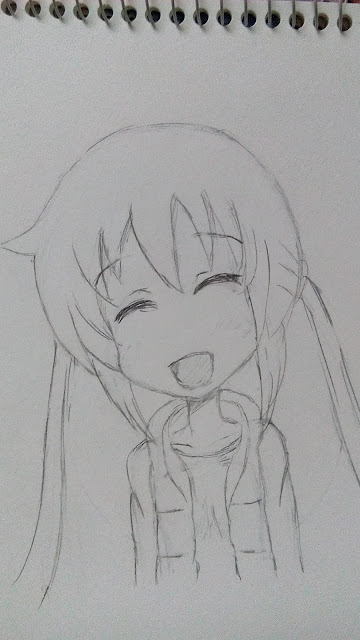 Posted by lordcloudx at 7:55 PM