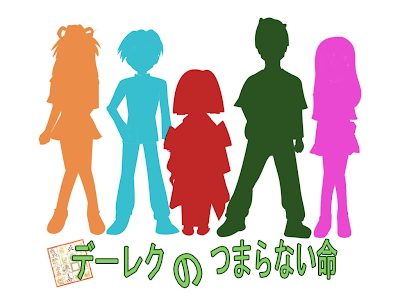 This is an old hoax post I made in some high-brow creative community using an alt account. Thought it was a bit too ridiculous for anyone to actually take it seriously... I was wrong. In any case, I'm posting this here because I was actually quite surprised at how much I'd been influenced by Hayate no Gotoku! years before I even got into the manga (I just started this year, FYI... but I've made up for it by rereading all the available chapters for about 5 times now). In any case, I thought that some of you guys out there might find this amusing. Derek's design is based on a friend (he knows who he is... lol) 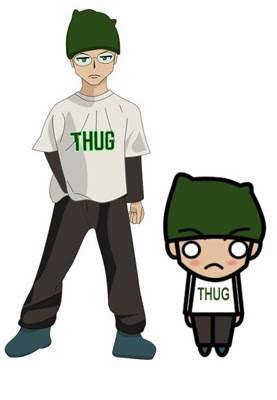 The story: Our story begins in the small town of Bartlett, Illinois; home of our disgruntled protagonist,
Derek Martin. At 23, Derek feels that he has found very little satisfaction with his life. He
graduated from an ordinary school, with ordinary friends and he now lived a very ordinary daily
life. He has drifted from job-to-job without any compeling desire to stay in a single work
environment for very long. One night, while mindlessly channel-surfing in the comfort of his very
ordinary apartment, he sees a pivotal scene in the 1947 movie, "It's a Wonderful Life." The scene
inspires him to take charge of his own life and make the most extraordinary decision he has ever
made in his ordinary life. Gatherng all his savings from his modest income accumulated from his
ronin job drifting ways, he decides to invest them all into pursuing a childhood dream that he
had given up on way back in grammar school - becoming a professional game designer in Tokyo!


Of course, the top game design schools in Japan would not just take anyone in. Derek decides to
apply for Ichiban Geemu Soft School located somewhere in the middle of Akihabara, which, by the
way, is cleverly disguised as a simple Ramen Shop. Derek's l337 haxxor skills that he gained from
his 3 month job stint as a professional programmer for a two-bit information technology manpower
firm called Evermoon Software enables him to gain inside information on Ichiban Gakuen and he
manages to track down its exact location. BUT - much to his dismay, his application is swiftly
rejected. In a moment of pure desperation, Derek gets down on his hands and knees and proceeds to
make the following speech with tears in his eyes:


"Please, PLEASE give me a chance! I may not know enough about Japanese video games. I may not
have any outstanding talent or skills relevant to game designing. BUT, I have something more
important, that, in my humble opinion, every professional game designer should possess… I have
PASSION!"


Moved by his conviction, the superintendent gives him one last chance on one condition: That he
complete a prerequisite course in a Japanese high school for aspiring game designers. Without a
second thought, Derek accepts the condition and thus, begins his new life as a 23 year-old high
school student in Japan. 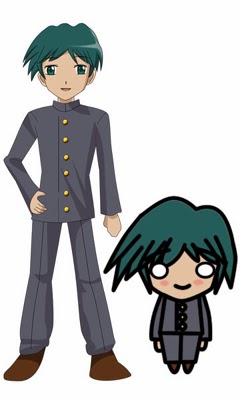 Juubei Utsumiya: At 18, Juubei Utsumiya is Derek's senpai in school but his kouhai in life. Juubei is a very
easygoing and curious person by nature. He immediately latches on to Derek after discovering that
the new transfer student is actually a 23 year-old foreigner. Juubei is the eldest son in a
family of 3 boys and one little girl. He is actually the next in line to inherit the family's
waning Tofu Shop business. His father allowed him to enroll in a game design course for high
school, but if he doesn't get accepted by a respectable video game company after graduation, he
has to give up his dreams and take over the family business. Derek treats Juubei like a little
brother and spends most of his time after class with him. In exchange, Juubei teaches Derek about
teenage life in Tokyo and emerging trends in eroge and visual novels, which Juubei is a huge fan of. 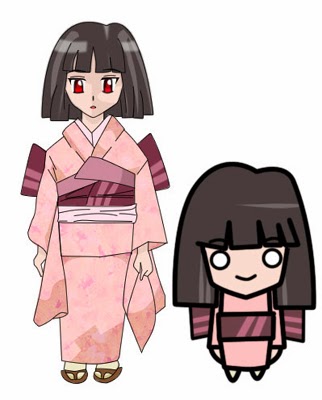 Chisako Tokushige: is a genius of game design. She has won the Tokyo Young Game Designers Award
for three consecutive years during junior high. She is currently being recruited by Circle-Erix,
the creators of the famous Neverending Fantasy games. After graduation, she is assured of a high
-ranking position as lead game designer within the company. Chisako is very timid and shy, which
gives many people the impression that she is an arrogant little princess. Despite her impeccable
credentials, Chisako is a bit absent-minded. She often forgets to wear her school uniform and
comes to school in a kimono. She and Derek share similar ideas and strategies in game design and
are often seen/heard exchanging ideas during lunch time, although, Derek soon learns that she is
in a class above his own when it comes to experience and professionalism. Chisako wants to create
a video game that infringes upon the border of life and death and sees Derek as an essential
part of that project, even though she is not yet sure exactly why. She insists on having Derek wear
skater punk type of clothes to school even having the school board impose it as a mandatory regulation
applicable only to Derek. 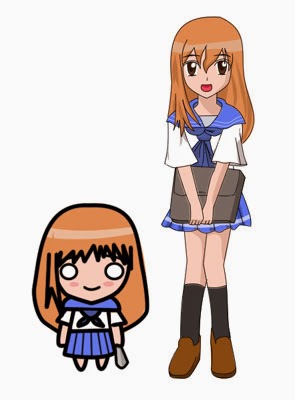 Shiawase Nakajima: is Juubei's Classmate and the president of the student council. SHe is bubbly,
energetic and does everything with flawless precision. Her classmates often rely on her for help
in school activites and homework problems. She is the kind of girl that everyone wants as a
friend, or a girlfriend for the guys. Unfortunately, she is too focused on helping others to even
consider any prospective romantic relationships. Shiawase comes from a poor family and has to
keep her grades up to maintain her scholarship and stay in school. It seems like she's got
everything together, but she's got a deep, dark secret that she never wants anyone from school to
find out about. Derek accidentally stumbles upon it when she suddenly collapses inside the
classroom after school hours and he is the only person around whom she can rely on. 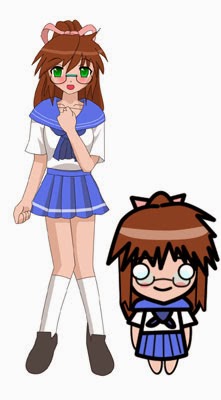 Miki Ayakawa: Perhaps the most normal of the group; at a glance, there is absolutely nothing peculiar about 2nd year student Miki Ayakawa, however, she is actually a closet otaku and collects all sorts of anime, manga, and video game memorabillia. Because of her mature outward appearance, she is the only girl in school that Derek would even consider as a romantic interest. She is a childhood friend of Juubei and she quickly befriends Derek. She is living alone and supports her schooling with various part-time jobs. Her parents were murdered by an unknown assailant when she was still only six. Her grandmother, who had been taking care of her, died just a few days after she entered high school leaving her to fend for herself. Miki's parents were renowned game designers from Ramco Pandai. She believes that the killer might have been hired by Circle-Erix in order to sabotage Ramco Pandai. She swore to finish the work that her parents left behind and to use her game designing skills to track down her parents' murderers. 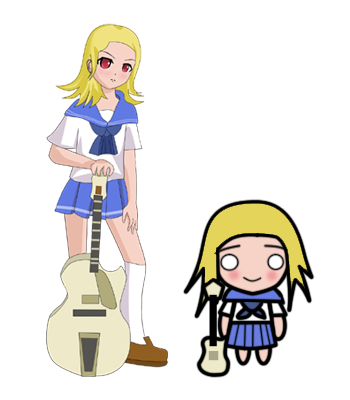 Yuri Ikusawa: is the lead guitarist for the semi-popular high school rock band, Red Nine. Despite her appearance, Yuri is actually very smart and very diligent. She is the eldest of five children and uses her earnings from the rock band to support her schooling. She is aware of the fleeting nature of fame and knows that while music is her primary passion, she won’t make it far in life without a degree. She is a senior high school student and has been reserved a spot in Ichiban Geemu University once she graduates.


Juubei has a huge crush on her, but he has never been able to confess since she always seems to out of reach for him in achievements and social status at school.


It is revealed through some investigation by Derek and Juubei later on that Yuri is actually a cyborg pirate who was created by foreign animation industry saboteurs who wish to revive the glory days of western animation. They implanted her with fake memories and gave her a fake family who actually work for their organization. The guitar she carries is a transmitter that allows the saboteurs to monitor her activities 24/7. It can also be used to trigger an obedience circuit that transforms her into an effective anti-personnel weapon. Although she is a cyborg, Yuri retains the personality of her former self completely allowing her to act like a normal human being.