Mystic Arts is a blend of 2D fighting and platformer by COMPILE. You control a female character who can punch, kick, execute combos and even has a short-range chi blast. The stages are on a fixed screen with multiple levels that you can jump onto, which is where the platformer part comes in. Each stage is littered with enemies which you have to finish off in order to proceed.

The enemies also behave differently depending on their appearance. Some of them use a sword, knife, projectiles etc. while others will just bite or lunge at you. In the later stages, some enemies even use magic against you. Some of the more agressive enemies are just palette swapped versions of their weaker versions. That aside, there's a good assortment of enemy sprites to fight. There are bosses every few stages, which means that the background for the next stage will change once you defeat them.

The controls are slightly unorthodox. There's a jump button, and two attack buttons which perform the same function. Pressing fighting game staples like qcf+attack makes her pull off some fighting game moves, while pressing down makes her block. She also has a fighting game style lifebar that depletes every time you take damage. Underneath the lifebar is the special bar which builds up by hitting enemies and depletes every time you use that one chi blast move. There's also a combo counter that counts the number of consecutive hits you've made and a time limit for each stage.

The graphics are ok and very colorful for a 2D game made in 1998, and the sprites move smoothly throughout the stages. The collision detection is excellent, and it's good to see that you don't take damage when you bump into an enemy. I've always found that feature of platformers kinda stupid, especially when the character can use melee attacks; why would they take damage just from bumping into an enemy? There's not much in the way of special effects, except for the screen shakes when you deal or receive some heavy damage.

The downside is that there's only one character to control and this game is kinda short even with the challenge of being given only 6 continues. There are a total of 16 short stages, so it shouldn't take the average gamer more than one afternoon to complete. It also has a stage-select option.

Over-all, Mystic Arts is fun little time-waster that combines 2D fighting with platforming action. It would be nice to see a combination rpg-platformer like the Castlevania games for the Playstation and GBA utilize the Mystic Arts fighting system.

I'm not sure if this game is a commercial title or freeware, but I'll assume in good faith that it's been abandoned by its creators since it was released way back in 1998 and I really can't find any other info for it online except on my blog. Feel free to correct me if I'm wrong and I'll take down the link right away. You'll most likely experience screen corruption if you try to run the game directly on Windows 7 and higher, so read the instructions on how to run it after the download links.

Link removed (apparently, some french person owns the rights to the game now?) I don't believe it one bit, so leave me a message here or email me at lordcloudx_at_gmail_dot_com if you want a copy of the game.)

How to run it 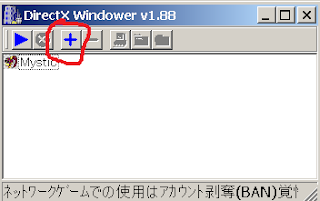